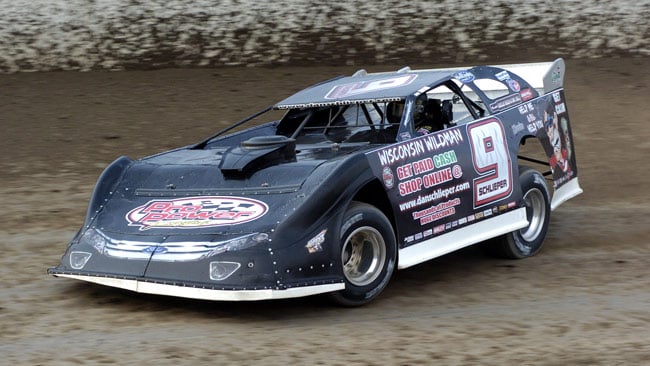 Seasoned Veteran Comes Out of Retirement with Newly Formed Team

ROSSBURG, OH (Sept. 4) – Dan Schlieper is coming out of a somewhat forced retirement from racing and he has chosen the most celebrated event of the year for dirt Late Models, the World 100 at Eldora Speedway, to do it.   The status and prestige of the race has been known to put pressure on even the most seasoned of veterans in the sport, but Oak Creek, Wisconsin’s Schlieper, in his usual jovial tone proclaimed “I’m not nervous at all, I’m comfortable about this ride and I am just excited to get back into the groove.”

Over the summer months, veteran crew chief Mark Saul of Richmond, IN decided to put together a team of his own and having known Schlieper for many years, he called on him to become his first driver.

“Basically I just fell on financial hard times; I couldn’t keep up with the pace I needed to field my own car, so I had to quit.   But when Mark called me, I felt rejuvenated,” continued the 41-year-old Schlieper.

Ironically this 42nd edition of the World 100 (September 7 & 8), marks the 10th anniversary of Schlieper’s 2003 World 100 victory.  “This is the biggest race of the year, and I’m ready to go.   I still remember that night in 2003 and I feel like when I get behind the seat this weekend, I’m going to be right where I left off – racing hard and racing to win.”

Why Dan Schlieper?  Saul quickly offered “he knows the place; he’s not hard on equipment and the fans like him.   What more could a car owner ask for?”

The duo has spent the last couple of months working together in Saul’s shop in preparation for what is summed up as a car owner’s debut and a driver’s return to racing, at the world’s largest stage for dirt Late Model racing.

Tickets for the World 100, priced as low as $40 for the two-nights, remain available and can be purchased 24 hours a day online through the track website www.EldoraSpeedway.com or by calling the track ticket office at (937) 338-3815 during normal business hours.