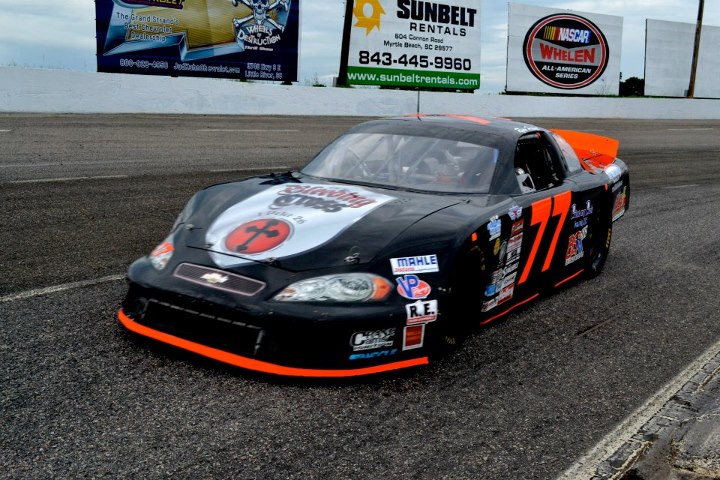 ST. LOUIS, MO (SEPTEMBER 14TH, 2012) Ryan Heavner is excited to announce he is scheduled for a return to Virginia’s Motor Mile Speedway. Heavner will climb back into his number 77 Bob Schacht Motorsports machine, the car he has solidly put in the top 5 all season.

Points have been leveled in the Rev-Oil Pro Cup standings as the championship series is set to begin, closing out the 2012 racing season. Drivers sitting in the top ten have essentially been compacted to facilitate on track excitement as the series heads into the first of the final four races. Ryan Heavner sits 10th in the standings.

As of right now Ryan Heavner is scheduled to attend two of the four championship series races. September 22nd Heavner will return to the already mentioned Motor Mile Speedway. Subsequent to the Radford, Virginia event Heavner will climb back into the seat October 20th as the team will unload the hauler at Hickory Motor Speedway, a local track for the team from nearby Lincolnton, North Carolina.

The Motor Mile Speedway is a track the sixteen-year-old driver has already visited once this year as well as once during a previous racing season under the banner of a different team. Most recently it was the opening round in Heavner’s 2012 season where he crossed the line in the 7th position.

Behind the scenes, the team is working on an exciting and progressive deal to close out the season with a bang. Keep up to date with the team via twitter.com/RyanHeavner (@RyanHeavner) as well as the website and watch out for a possible announcement in the near future.

Beyond the track, Ryan will be making an appearance at the Lincoln County Apple Festival with the PUSH Foundation showcar. He will be there to greet hometown families, sign autographs as well as hand out PUSH Foundation bracelets.

Stay tuned to the Ryan Heavner Racing website throughout the season for press, race results as well as track photos. Point your browsers to http://www.RyanHeavner.com to check in on the happenings within the team.

Ryan Heavner would like to thank all of the team partners that helped him achieve a place on the grid following the CARS Pro Cup Series. These include; The Bleeding Cross, Noblot Jewelers, Times Oil Corporation, Jeff’s Auto Sales, Printing Pro, LJ DeZigns and Walters Web Design.

Rockingham Speedway: Cars on track ahead of first race since 2013 (Video)