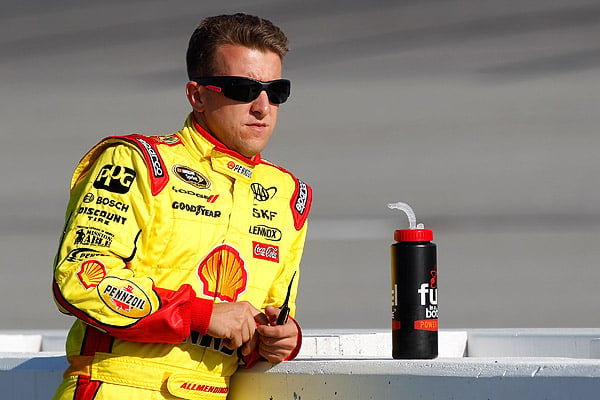 Allmendinger was suspended temporarily July 7 when the “A” sample of his urine specimen tested positive for what his representatives subsequently said was amphetamine. The suspension became indefinite on July 24, after Allmendinger’s “B” sample confirmed the positive test.

Allmendinger then opted to enter the Road to Recovery program, which features individual guidelines for NASCAR members developed on a case-by-case basis.

Though Allmendinger lost his Sprint Cup Series ride in the No. 22 Penske Racing Dodge as a result of the failed drug test, he attended Saturday’s IndyCar season finale at Fontana, Calif., as the guest of team owner Roger Penske.

After commuting to Chicagoland Speedway for Sunday’s opening race in the Chase for the Sprint Cup, Penske said he would consider re-hiring Allmendinger for one of his open-wheel seats. Allmendinger came to NASCAR racing from a successful background in Champ Cars.

Part of Michael Shank’s winning Daytona Prototype team in the Rolex 24 Hours at Daytona this past January, Allmendinger now is eligible to defend that title in the NASCAR-owned Grand-Am Series. Shank has said he would welcome Allmendinger’s return to the car.

“I want to thank everyone for their support through this entire process,” Allmendinger said in a statement. “I appreciate that NASCAR created the the Road to Recovery program, and am grateful for the opportunity to return to competition. The Road to Recovery program was really helpful to me in getting my priorities reset away from the race track. And, honestly, that helped find my love of racing again and why I began racing in the first place. I’m looking forward to taking this experience and be better for it moving forward.”

NEXT POST
NASCAR K&N PRO: Huffman Works For A Ride