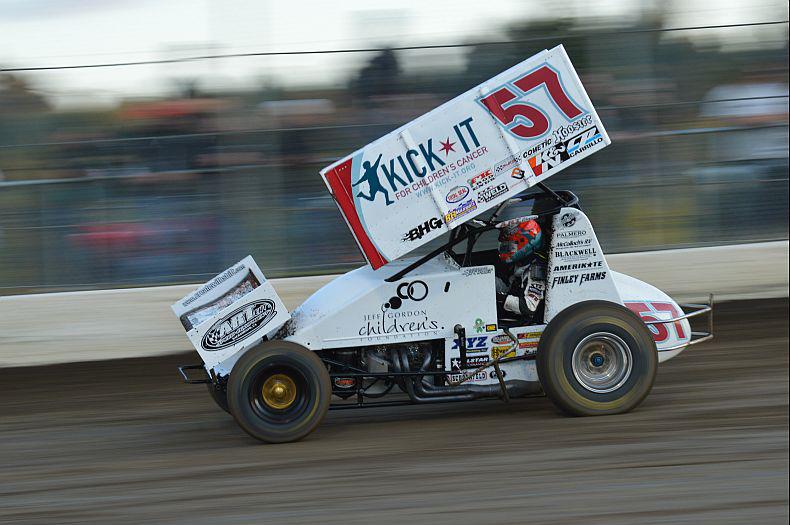 As impressive as the purse for this event is, race fans can purchase a 3-day adult grandstand pass for 1980’s pricing of only $40 upon their arrival at the track on race night. Or, individual night tickets are $15 each for Thursday and Friday, and just $20 on Saturday’s blockbuster event.

The Sprint Car division is for ASCS legal cars, and Sprint Cars will be teched by ASCS. The LSN is an ASCS sanctioned, non-points race for the Sprint Car division. The early entry fee for this class remains at $100 for this race and pit passes are the same as 2011, which are $30 each on Thursday and Friday; and $35 on Saturday. A 3-day pit pass will be available for $90. There is roughly an $11,000 increase in the Sprint Division purse slated for 2012.

RaceSaver® Sprint Cars will be teched by RaceSaver.com rules and officials with one exception. Drivers may choose whether they wish to run the STS or SST stamped right rear tire – as was the case in 2011. The early entry fee for this class is $100 for this race and pit passes are the same as 2011, which are $30 each on Thursday and Friday; and $35 on Saturday. A 3-day pit pass will be available for $90. There is roughly a $9,000 purse increase for the RaceSaver® Sprint division for 2012.

Fans and race teams can also expect a large amount of track vendors, outside food and merchandise vendors, as was the case last year.

Track owner Sam Hafertepe comments: “We’ve been working hard in the off season continuing with project work at the track. It’s all coming along really well and we’re looking forward to a great season. Darin has been working hard on his end too, and I think we’ve developed a really good combination.”

Lisa Hafertepe adds: “The whole LoneStar staff is pumped up for 2012 and every single one of them can’t wait until the return of the LoneStar Sprint Nationals. We all had a blast last year and the massive amount of positive fan emails after the LSN encourages us to work even harder this year to make sure they have another great time.”

Darin Short comments: “Last year we had a lot to prove, and I would like to thank our sponsors for their unwavering support of this event. Without them, it would be very difficult to pull off an event of this magnitude – while still making it one of the most fan-affordable major sprint car events in the U.S.” He adds: “For a race fan to witness three nights of sprint car-only racing for $40 is a great deal. I believe we’ll have even a stronger turnout of fans for this year’s race.”

Bill Wright, AKA “Bill W,” of Monroe Iowa will be returning to provide the call for the Sprint division. He will also conduct the competitors draw-in for both the Sprint and RaceSaver® divisions. Bill W has been on the media side of the sport for over 15 years as a journalist, website editor, broadcaster and announcer. His weekly ‘Knoxville News’ recap can be found on racing sites worldwide. Bill W is the announcer for the Sprint Invaders, Midwest Open Wheel Association as well as several other events.