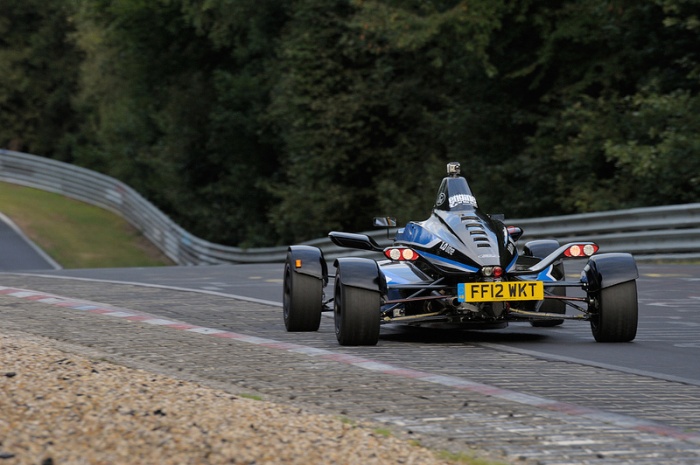 The Formula Ford 1.0L was tested on the Nurburgring a few months back. The 3-cylinder car went on to set the 11th fastest time ever on the circuit at 7 minutes 22 seconds, by far the fastest 3 or 4 cylinder. Take a look at the photos below, including the showing from this weeks CES show.

And here’s the best bit: with wheel covers, lights, indicators, wing mirrors and a horn installed, the car is completely street legal. Runs on road-legal tires, too.

Rumors are circulating that Ford may produce the Formula Ford race car. At a recent event in Amsterdam, Ford reportedly stated that it is interested in building a limited number of the race cars. How much would it cost? A Ford executive stated that it would cost “well under £100,000 ($160,000).”