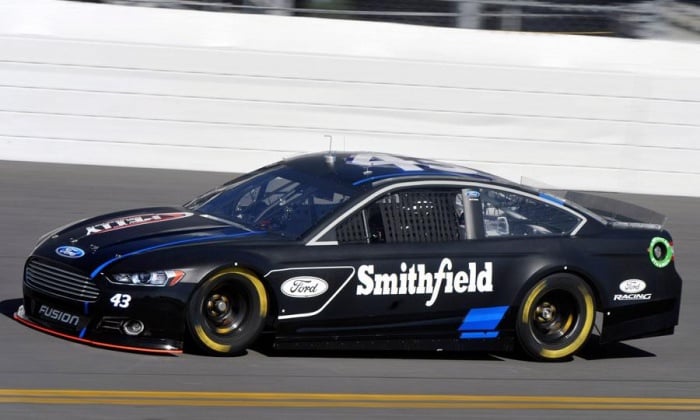 CONCORD, N.C. — Most drivers participating in a weather-shortened test session at Charlotte Motor Speedway on Friday agreed on one thing — with the start of the 2013 NASCAR Sprint Cup season barely a month away, any amount of track time in the new Generation-6 car is crucial.

“This will be my fifth time in the … car,” said Jeff Burton, driver of the No. 31 Chevrolet for Richard Childress Racing. “Testing is valuable, there is no question about it. But if we go two hours today, everybody got two hours.”

The test, originally scheduled for two days, was reduced to approximately seven hours due to inclement weather. It marked the second opportunity for teams to gain on-track time with the new car and a new rules package at a 1.5-mile venue. Previous testing of the new car was done without the current rules package in place.

“The last time I remember doing testing like this was when the Taurus was first introduced,” Burton said. “I view this as a bonus test. We wouldn’t normally get this. Again, if we get two hours then the whole field gets two hours. Again, it’s about the teams that are most prepared.”

For Roush Fenway Racing’s Greg Biffle, the test provided a third opportunity in the new car, but he added that this week’s test was the first in a car that was close to race-ready.

“This is the first opportunity we’ve really had to get the car on the race track in the configuration we’re actually going to race in,” Biffle said. “We’ve tested a few times with a composite body and not all of the latest rules, but this is really it for us. We needed these two days to really figure out what the car is going to end up like.”

By late afternoon, Biffle (192.601 mph) had posted the fastest speed among the 33 drivers participating in the test. He had also scraped the wall, but the contact was minimal and he was back out on the track after minor repairs to the No. 16 Ford.

By the time the test concluded at 7:30 p.m., Ford driver Aric Almirola had set an unofficial track record, posting a lap of 194.021 mph. The mark exceeded the official qualifying record of 193.708 mph set last October by Biffle. In December, Kasey Kahne had topped Biffle’s mark with a lap of 193.771 mph during testing.

While team tests, as opposed to those scheduled by NASCAR, have not been allowed at Cup tracks since 2009, organizations will be able to test up to four times at Cup tracks in 2013.

With so many unknowns surrounding the new car and rules package, NASCAR officials scheduled two tests at CMS to give teams the opportunity to gather additional information.

“You get a thumb-up (from teams) and for me that’s been about the length of the conversations from most of them,” said Robin Pemberton, vice president of competition. “They’ll continue to work on it. I think like any test, teams will leave out of here, some will be happy, some will be middle-of-the-road and you’ll have a couple of sad ones.”

John Darby, Sprint Cup Series director, said the day’s efforts were “definitely just another step in the launch of the Generation-6 car.

“There are probably more cars here today that I will term as real race cars with full manufacturer’s steel bodies and the correct components — decklids, hoods and everything else that goes with it.

“For a lot of the teams, the test is probably more real-life than what some of our previous tests have been. Other than that, not a lot has changed. From the rules package and specification for the cars, most of that has settled down.”

Michael McDowell filled in for Joe Gibbs Racing driver Denny Hamlin, logging 204 laps. Hamlin skipped the test to be with his girlfriend, who is expecting the couple’s first child.