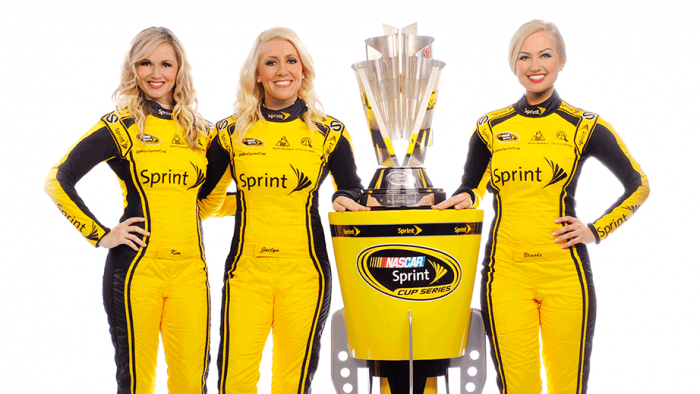 Miss Sprint Cup represents the Sprint brand around the track and in Victory Lane wherever the NASCAR Sprint Cup Series competes. The three representatives also serve as the fans’ “friend on the inside,” delivering behind-the-scenes updates, pictures and videos via Facebook and Twitter, while highlighting Sprint products and offers.

Hailing from the “Green Mountain State,” Werner adds a Northern charm to the Miss Sprint Cup lineup. The former Miss Vermont USA stuck to her hometown roots while growing up by hiking the Green Mountains and listening to bluegrass music. When she isn’t at the racetrack, Werner enjoys snow skiing, antiquing and watching old movies. After receiving her degree in public relations from Champlain College, Werner worked at a nationally recognized youth-marketing agency, where she served on the community committee, helping to coordinate donations to regional non-profit organizations.

“It’s truly an honor to be selected to wear the Miss Sprint Cup fire suit this year,” said Werner. “Kim, Jaclyn and the rest of the Miss Sprint Cup legacy have done an amazing job of bringing fans closer to the sport, and the opportunity to be a part of that is incredibly exciting. I’m looking forward to meeting all of the race fans at The Sprint Unlimited Experience and, of course, my first Victory Lane!”

Coon returns for her third season as Miss Sprint Cup, which makes the former marketing and public relations professional the veteran member of this year’s lineup.

“Last year was such a great season, filled with lots of fun and exciting experiences,” said Coon. “I went skydiving, hunted for rattlesnakes, drove on an off-road course, helped host NASCAR After The Lap and met tons of amazing fans. I’m looking forward to making many more memories this season.”

Rounding out the 2013 lineup is Roney, who is entering her third season as Miss Sprint Cup. The Eastern Michigan University grad joined the program in July 2011 and is looking forward to another thrilling season of racing.

“Being Miss Sprint Cup for the past two seasons has allowed me to encounter such amazing opportunities,” Roney said. “Each race weekend is so different and I count my blessings each morning when we head to the track. There are only three tracks I haven’t been to yet — Kentucky, Watkins Glen and Darlington — and I hope to mark those off my NASCAR bucket list this season.”

Thanks to their engaging personalities and knowledge of the sport, the Miss Sprint Cup lineup serves as popular interview subjects among local media looking to get an insider’s view on the activities surrounding race weekends. As the Miss Sprint Cup program’s popularity has grown, they now regularly participate in charity events and appear at other NASCAR sponsors’ events. In all, the Miss Sprint Cup representatives took part in more than 900 media interviews and appearances in 2012.