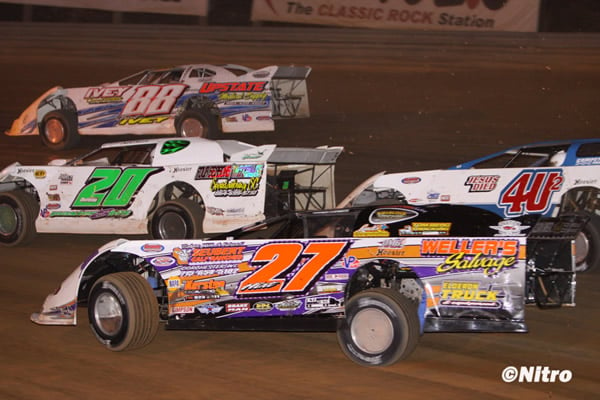 (Four Oaks, North Carolina) – The FASTRAK Racing Series corporate office is strongly considering splitting the Southeast/Mideast Regions in 2014. This is being contemplated from the continued growth of the series, weekly sanctioned tracks and members. With the continued growth of the FASTRAK Racing Series, we fell like it is only fair to the teams and the tracks to consider taking a strong look at splitting the regions beginning in 2014. This will give all of our FASTRAK drivers and teams a 50% better chance at making a lot more championship money in their weekly regions.

This decision is being based on the popularity of our FASTRAK drivers, teams and tracks expanding solely. This new concept has become popular and very successful in previous regions in the past. We want to again let everyone know how much we appreciate all of teams and tracks for supporting the FASTRAK Racing Series. This is just one of our ways to give back to them!!

The FASTRAK City Chevrolet Touring season kicks off its 2013 “Decade of Speed Tour” campaign this week. The triple-header at East Bay Raceway Park is a $40,000 Dollar racing spectacular. The event is a first for FASTRAK, the 37th Annual East Bay Winternationals in Gibsonton, Florida.


East Bay will also be awarding extra money thru the field at the end of night 3 from 21st on back entitled “The East Bay FASTRAK Bonus”!! Drivers that finish in position’s 21st-30th will be collecting $150 Dollars. In addition to that payout, if there are any drivers that finish in positions 31st-40th in the overall 3 race series rundown; they will be awarded each $200 Dollars. However there is a stipulation to get the chance to be eligible for the money from Position’s 21st thru 40th. You have to have “PERFECT ATTENDANCE” for the entire 3 days of the 2013 East Bay Winternationals!!

Stay tuned to www.fastrakracing.com as well as the FASTRAK Racing Series Fan Page on Facebook and/or follow @FASTRAK_Racing on Twitter to get up to the minute news and details as they become available.

The FASTRAK Racing Series City Chevrolet Touring Divisions would like to thank all of its marketing partners for their great and continuing support. Those 2013 sponsors include: Hoosier Race Tires, VP Racing Fuel, City Chevrolet, Chevrolet Performance Parts, Vicci Apparel, TNT Race Cars, Rocket Chassis, Longhorn Race Cars, RockAuto.com and FK Rod Ends. FASTRAK would also like to welcome Genesis Race Shocks, Cool Shirt, Five Star Bodies, Hooker Harness, Velocita USA Driving Suits, Beya Headers, Kooks Custom Headers, R2C Filters, Sisco Fire and Safety and Tiger Rear Ends to our line-up of product sponsors. If you are interested in becoming a sponsor of the Premier Pro Late Model Series in the Country please contact Stan Lester at the FASTRAK Corporate Office at (678) 935-7304 or Series Director Kelley Carlton at (864) 871-1442. Also Visit the FASTRAK Racing Series online at www.fastrakracing.com and be sure to like us on Facebook and/or follow us on Twitter at @FASTRAK_Racing!!