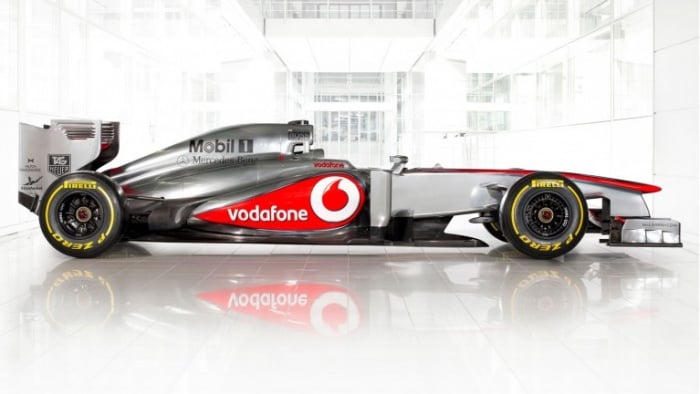 Vodafone McLaren Mercedes launched its 2013 Formula 1 challenger and kicked off a year of 50th anniversary celebrations with a spectacular parade of classic racing cars at the McLaren Technology Centre this morning.

The display culminated in the arrival of our 2013 race drivers, Jenson Button and Sergio ‘Checo’ Perez – who arrived driving a development model of our new McLaren P1TM sportscar and a 12C Spider, respectively.

The display of classic McLarens was a timely reminder of the weight of history that constantly hangs over a team with such high expectations each and every season. Following such a winning pedigree is the aim and intention of each and every man and woman who comes to work at McLaren every day.

And, for everyone involved in its inception, the Vodafone McLaren Mercedes MP4-28 is the logical culmination of everything we’ve ever done: it’s the sum of 50 years’ experience, expertise and passion.

The MP4-28 isn’t merely a refinement of last year’s seven-race-winning car, it’s a deep and sweeping re-design of an already successful chassis in several key areas – most notably around the nose and front suspension, the sidepod profiles and the rear bodywork.

F1: Vodafone McLaren Mercedes On The Streets Of Mumbai (VIDEO)