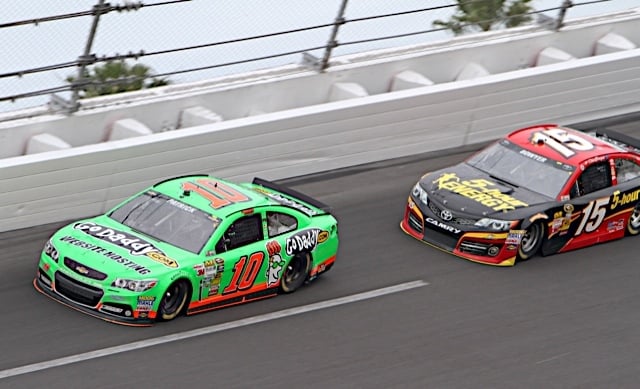 Danica Patrick recently became the first woman to earn a NASCAR Cup pole as well as the first to lead a lap in the Daytona 500. At some point Niki Lauda decided that a woman in Formula One would draw more television views.

Danica Patrick has leapt back into the motor racing headlines by becoming the first woman to secure pole for the 2013 NASCAR Cup opener at Daytona.

Previously, the highly popular 30-year-old American, who is stealing the show at the pinnacle of US motor sport, has insisted she has little interest in exploring her options in Formula One.

But could more doors open now?

“For ten years,” said triple world champion and Mercedes chairman Niki Lauda, “I’ve told Bernie Ecclestone he’s dopey for not getting a woman into Formula One.

“If we could get a woman into the top six, you would immediately have twice as many fans in front of the TV,” he is quoted by Bild newspaper.

Lauda, however, questioned whether Patrick is the right woman for the job.

“It has to be said that the technical level in the US does not compare to the level in Formula One. This is also reflected in the drivers,” he said.

“The last American who had success in Europe was Mario Andretti — and that was in my day!” exclaimed the 63-year-old.

“You have to look at Danica’s results in the road races,” he said. “It’s not enough.”

Indeed, there are no female drivers among Red Bull’s current flock of young development drivers, whose ultimate aim is to earn a place at the junior team Toro Rosso.

“We are looking for drivers based on performance, not by quota,” Marko insisted.”

World champion Sebastian Vettel added: “First of all, hats off to Danica for her achievements. But motor sport in the US just has a completely different culture.”