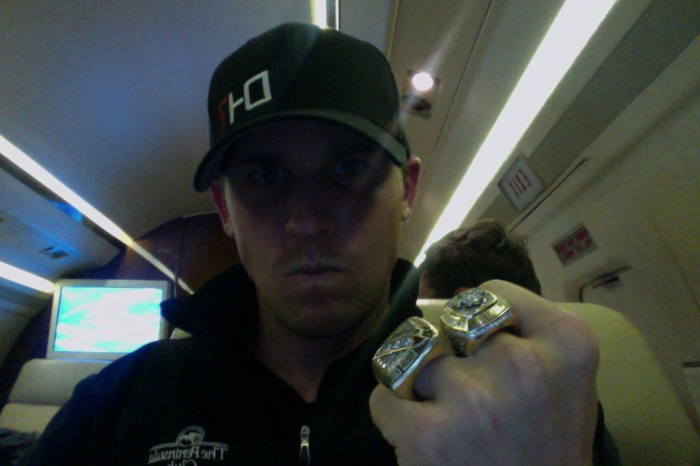 Denny Hamlin fined by NASCAR for comments made to a reporter now refuses to pay the fine. NASCAR has a lot riding on the 2013 season, and in particular its new “Generation 6” car. Dwindling attendance, sliding TV ratings, vanishing sponsors and new safety concerns have shaken the sport. So you can understand why NASCAR brass might be a bit sensitive to criticism of their newest showpiece vehicle.

How sensitive? Denny Hamlin found out this week when he was fined $25,000 for what appeared at the time to be relatively innocuous thoughts on a still-new car. Speaking after last Sunday’s Phoenix race, which was for the most part a long parade of cars, Hamlin said, “I don’t want to be the pessimist, but it did not race as good as our Generation 5 cars [a.k.a. “Car of Tomorrow”]. This is more like what the Generation 5 was at the beginning. The teams hadn’t figured out how to get the aero balance right. Right now, you just run single-file and you cannot get around the guy in front of you.”

That was enough to tick off NASCAR, which took offense at the “disparaging” remarks Hamlin made against the car and determined that Hamlin had run afoul of Rule 12-1, “actions detrimental to stock car racing.”

“While NASCAR gives its competitors ample leeway in voicing their opinions when it comes to a wide range of aspects about the sport,” NASCAR said in a statement, “the sanctioning body will not tolerate publicly made comments by its drivers that denigrate the racing product.”

NASCAR and its drivers exist in a mutually beneficial partnership; each side needs the other. And despite some occasional public spats, they tend to coexist in harmony. Except when they don’t. This is one of those times.

Hamlin has been fined by NASCAR before; in 2010, he received a “secret fine” (believed to be about $50,000) for suggesting that NASCAR seems to throw caution flags to tighten up races that are too spread out. That one, he accepted with a minimum of grumbling and some jokes about needing to play the Lotto.

This time around, he wasn’t so conciliatory. He immediately fought back, using the court of public opinion on Twitter (entire paragraph sic’d):

Via twitter.com/DennyHamlin
“The short of the long of it is I believe I was severely disrespected by NASCAR by getting fined,” he wrote. “I believe that the simple fact of us not even having a conversation about this issue before I was hit with a fine has something to say about our relationship. What I said was 1 sentence taken completely out of context. Most drivers will tell you that we constantly have our AND nascars best interest in mind when speaking. On the other hand I am a person that worked very hard from the BOTTOM to get where I am today and someone telling me that I can give my 100 percent honest opinion really bothers me. Since being fined in 2010 I have been a lot more careful about what I say to media and I felt this past weekend felt completely in my rights to give a assessment of the question asked. I feel as if today NASCAR lost one of its biggest supporters vocally of where our sport is headed. So in the end there are no winners. I said today I would not pay the fine. I stand by that and will go through the process of appealing. Trust me, this is not about the money.. It’s much deeper. I will now shift my focus on giving FedEx and my team what they deserve this weekend, a win.”

It’s worth noting that when Kyle Busch won the first race with the Car of Tomorrow back in 2007, he blasted the car’s handling in victory lane. Some observers have raised the possibility that NASCAR believes the Car of Tomorrow never had a chance because of Busch’s comments, and the sport is trying to head off a similar problem with the Gen6 car.

Of course, “heading off a problem” is another way of saying “stifling dissent,” and there are already signs that drivers have gotten the message. Asked about the Gen 6 car on Thursday, Clint Bowyer smiled and said, “It’s good. The car is good. Everything is very, very good.”

“I’m not going to say anything for the rest of the year, as long as it relates to competition,” Hamlin said on Thursday. “I mean, you can ask me how my daughter is, talk to me after wins about what have you, but as long as it relates to competition, I’m out from here on out. The down part is I feel like I’ve been a pretty good spokesman for them, and being positive when things aren’t always positive. They just lost one small spokesman today, that’s all.”

NASCAR faces a raft of difficulties going forward. But muzzling its most charismatic drivers, which are one of the sport’s great assets, is a strategy that will do little to address the sport’s many problems.

Will release something in the next hr or so.. No PR person. Just me

NEXT POST
NASCAR CUP: Jimmie Johnson On The Bump And Run