NASCAR CUP: Jimmie Johnson On The Bump And Run 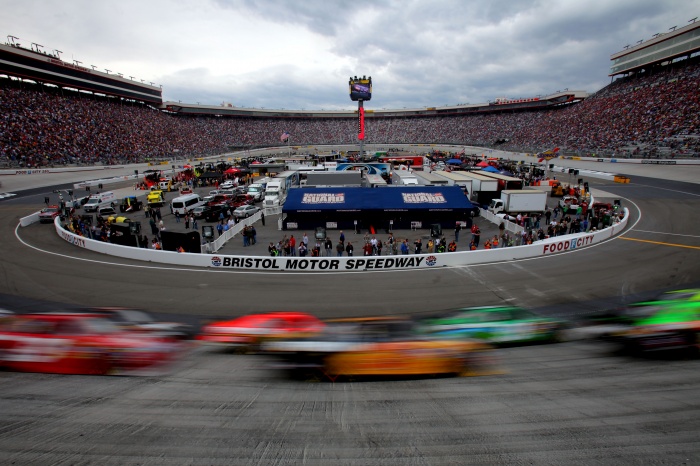 With the first short track race of the NASCAR Sprint Cup season on tap at Bristol Motor Speedway this weekend, curious eyes are on the Gen-6 car’s performance and adaptability on a track under a mile in length. Jimmie Johnson feels the new car will bring a more effective bump and run to Bristol Motor Speedway.

“There is some glass on the nose of these cars that we can fold up pretty easily and we might have to cut noses off the cars even from not being part of a crash, but just the stack up on the restart might cave in noses. We might have some modified looking vehicles out there running around. There will be a learning process. I don’t think the aero balance and implications there will come through, but we’ll be talking a lot more about less weight, the type of camber we’re allowed to run this year and things like that.”

The Gen-6 car, which more resembles those found in showrooms, weighs 160 pounds less than the Gen-5 car. Johnson feels that will make a difference at BMS Sunday.

“I think the mechanical aspects will help the cars at Bristol,” he said. “The last time there we were very curious about the grinding and what would happen and what wouldn’t  The track just changed in some ways and we will just go back and get in a rhythm and see what happens.”

Purchasing tickets to the Food City 500 enters the guest in the Bruton’s Big Bristol Giveaway in which 10 lucky fans win a new Ford Mustang.

BMS Season Tickets, which include the Food City 500 and IRWIN Tools Night Race Sprint Cup races, as well as both Jeff Foxworthy’s Grit Chips 300, the Food City 250 and the DRIVE4COPD 125, also are on sale. Pricing for all four races begins at just $175 in the Wallace Tower.

Kyle Busch talks about the bump and run