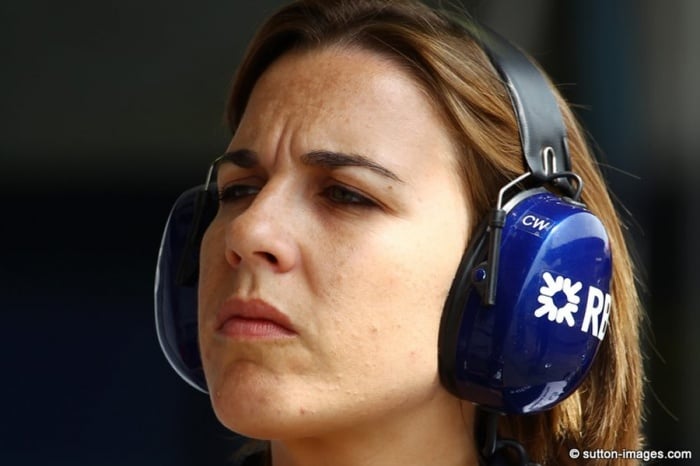 Claire Williams on her way up at the Williams F1 Team, daughter of Sir Frank, has been appointed the team’s Deputy Team Principal.

In a statement, the Grove-based outfit announced:

‘This newly created position will see Claire Williams work alongside Founder and Team Principal Sir Frank Williams to play a pivotal role in the day to day running and long term development of the race team. The position will strengthen the future of the team and create a clear succession path for Williams.

‘The team had planned to announce this new appointment before the start of the 2013 season, but following the death of Lady Virginia Williams earlier this month, it was decided by Frank and Claire to delay this announcement to afford the family privacy.

‘Claire Williams will take up her new position with immediate effect, whilst also retaining her Commercial Director role leading the marketing, communications and sponsorship functions of the business. Claire will continue to be part of the Company’s Board of Directors and will be supported by and work in collaboration with the full Board.’

Sir Frank Williams himself commented: “Over the past decade Claire Williams has worked tirelessly for Williams. Her knowledge of the sport and passion for the team is unquestionable and I’m proud to say that during her time here she has proven herself to be one of our most valuable assets. With Claire being appointed Deputy Team Principal, I know the future of Williams is in extremely safe hands.

“This appointment also had Ginny’s blessing who I know would have been incredibly proud to have seen Claire Williams taking on this position by my side.”

NEXT POST
F1: The Truth About Ferrari Formula 1 Power