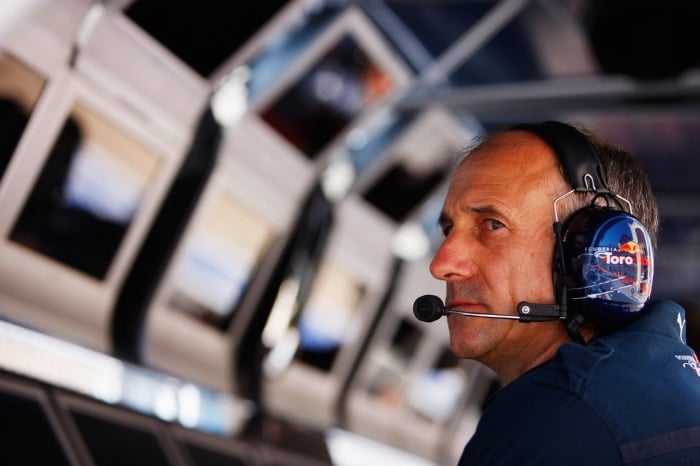 Apr.4 (GMM) Franz Tost insists it is “pointless” to reintroduce a ban, after the ‘Multi-21’ affair re-fired the old debate about team orders.

And behind them, in third and fourth positions, Nico Rosberg grudgingly followed the sister Mercedes to the line, having been told by Mercedes to resist the urge to pass.

The legality of team orders was reintroduced by current FIA president Jean Todt a few years ago, but the ‘Multi-21’ affair has intensified the calls for a new ban.

Toro Rosso team boss Franz Tost told Speed Week: “Generally I am not a great fan of team orders, because we want to see battles and overtaking manoeuvres.

“Therefore, we keep it to an absolute minimum at Toro Rosso.” – Franz Tost

On the other hand, he answered “yes” as to whether Toro Rosso does sometimes impose orders to the benefit of the Faenza based team.

And he agreed that Vettel’s controversial behaviour at Sepang reinforced that “Discipline is one of the most important requirements for success”.

Franz Tost added: “Team orders have always been there (in F1) in some form, so it’s pointless to ban them.”

Right or wrong, Vettel’s mischievous pass on Webber in Malaysia has divided opinion in the paddock.

1997 world champion Jacques Villeneuve is far less forgiving, telling Spain’s caranddriverthef1.com that the German showed a total “lack of respect to both Mark and the team”.

“A huge lack of respect,” he added. “In the circumstances, with engines turned down, it’s not a race.

“Yes, in formula one you have to win at all costs, but you do need to respect some things.

“He (Vettel) is super fast but he’s a man without honour and respect, so for me he is not a great champion or a great man,” added Villeneuve.