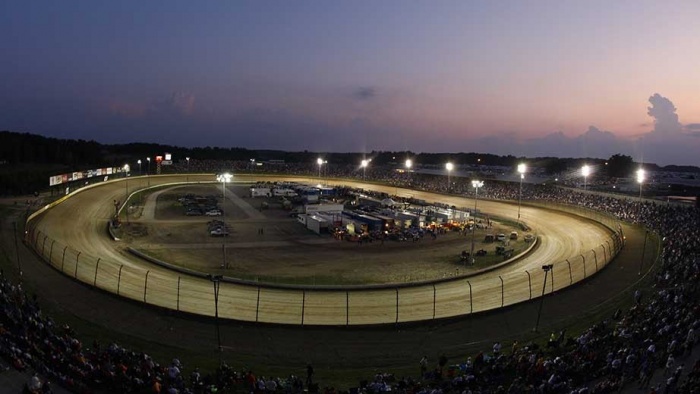 The Eldora truck race … NASCAR announced today the qualifying and race procedures for the inaugural “Mudsummer Classic” — the highly anticipated NASCAR Camping World Truck Series race at Eldora Speedway on Wednesday, July 24. Unlike asphalt tracks, dirt tracks have historically used a format much different than typical races and that will be the case for this event, the first NASCAR national series race held on dirt in more than 40 years.

The The Eldora truck race will feature a traditional two-lap qualifying session, five qualifying races, one last-chance race and a champion’s provisional to determine the 30-truck starting field. The top-20 in owners’ points entering the race event will have a guaranteed starting position.

Here are additional details for each round of qualifying:

·    At the completion of the qualifying races, 25 trucks will have earned spots into the feature.

·    15 laps; only green flag laps count
·    The top-four finishers will transfer to the feature and start in positions 26-29
·    The lineup will be based on the finish from the qualifying races

Starting position No. 30 will go to the most recent past series champion who has not already qualified. If the 30th starting position is not filled by an eligible champion, it will be assigned to the next highest finishing truck in the Last Chance Race.

“NASCAR and Eldora Speedway have collectively worked together to come up with a format that embraces the history of dirt track racing while also ensuring that full-time competitors have an opportunity to be a part of this special event,” said Chad Little, NASCAR Camping World Truck Series director. “This will also add an exciting element for the fans and we look forward to putting on a great show at this unique venue.”

The race length and format are also new for the series. The Eldora truck race will be 150 laps divided into three segments. The segments will be 60, 50 and 40 laps.

There will be pit stops between each segment, with teams having the opportunity to change tires and work on their trucks.

More details on the The Eldora truck race will be released later this spring.