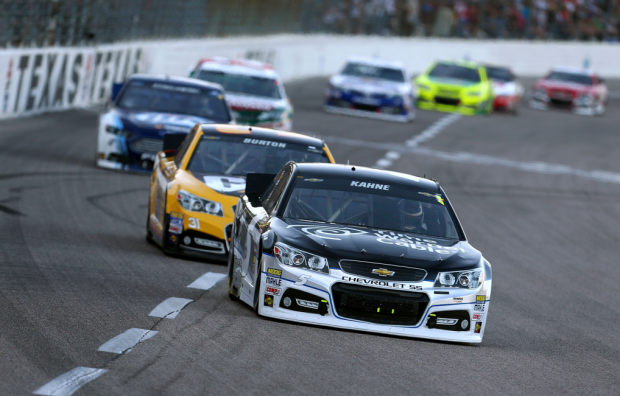 FORT WORTH, Texas — The conclusion of the NASCAR weekend at Texas Motor Speedway took a tragic turn Saturday night as a NASCAR fan shot and killed himself following a verbal altercation at the track.

Kirk Franklin, 42, of Saginaw, Texas, died late in the NRA 500 Sprint Cup race, authorities said, from what Tarrant County Medical Examiner Marc Krause ruled was a gunshot wound to the head. The incident report from the Fort Worth Police Department said Franklin’s body was found in the back seat of a truck in the infield campgrounds.

Franklin was pronounced dead at 10:48 p.m. Saturday night, according to the medical examiner, who ruled the death a suicide Sunday afternoon.

Texas Motor Speedway officials had no comment Sunday on the NASCAR fan shot.

On Saturday night, police spokesperson Tracey Knight said a white male had died after an argument during the Sprint Cup race. She also said alcohol may have been a factor in the NASCAR fan shot.

The sponsorship of the race has come under scrutiny since it was announced in March.

The NRA has come under fire recently because of highly publicized rash of gun violence, including the incident at Sandy Hook Elementary in Connecticut. Sen. Chris Murphy (D-Conn.) wrote to FOX, asking that the race not be broadcast on TV. The race was broadcast as scheduled.

The NRA has had a relationship with NASCAR for more than a decade. The organization contributes money to Speedway Children’s Charities and has contributed more than $500,000 to the Texas Chapter of the SCC.

NEXT POST
NASCAR CUP: Brad Keselowski Fined – Not The Case