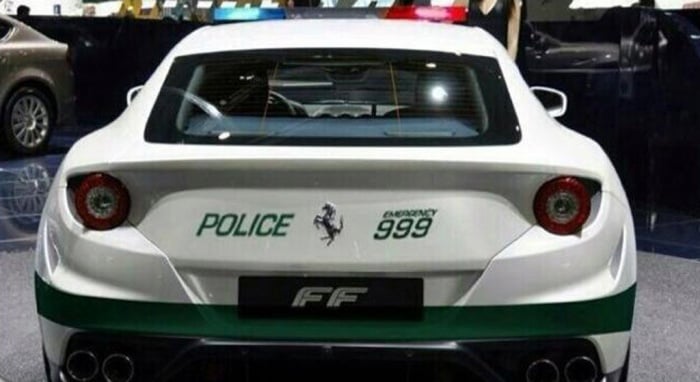 Ferrari police car a new 4-seater Ferrari patrol car which is known for its power has been launched by the General Command of Dubai Police, Lieutenant General Dhahi Khalfan Tamim in the presence of Major General Khamis Matar Al Mazina.

Dhahi Khalfan Tamim said that the Ferrari would be used by women in the police force.

The new Ferrari police car was equipped with the latest technology and the police had installed cameras with precise techniques, Dhahi Khalfan added.

Earlier, Dhahi Khalfan pointed out that the new initiative aims at adding a new look to Dubai roads, especially at the emirate’s tourist attractions.

Khalfan added that the Lamborghini which joined the service on last Thursday was positively received by tourists and visitors, especially near tourist spots like Dubai Mall and Dubai Tower.

He declared that the Lamborghini would be assigned to road safety and would be equipped with the latest technology.