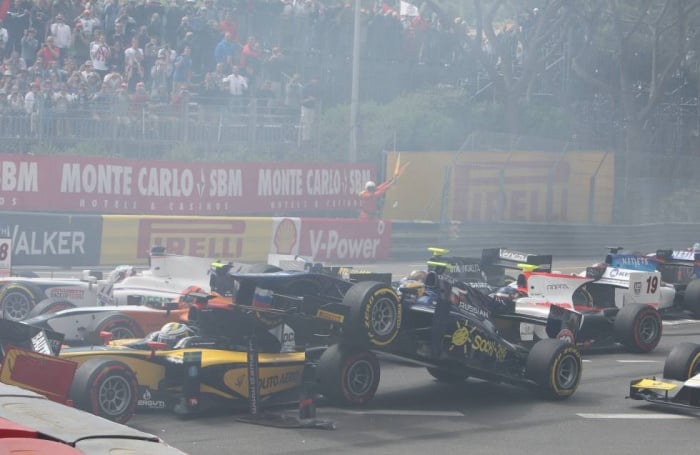 Johnny Cecotto Jr has been barred from the rest of the Monaco GP2 weekend as a punishment for triggering the first-corner Monaco GP2 crash in Friday morning’s feature race.

After making a poor start from pole, the Arden driver braked too late while trying to fend off team-mate Mitch Evans into Sainte Devote and skated into the barriers, taking title contender Fabio Leimer with him.

Chain reaction incidents behind ended up collecting 14 cars in the Monaco GP2 crash and causing a red flag. Nine of those involved were unable to take the restart.

Cecotto’s driving had previously attracted controversy in Malaysia – where he forced Sam Bird off the road in qualifying and was disqualified from the session – and Spain, where he pulled across on Sergio Canamasas while trying to defend his position in the second race. That incident did not result in a penalty.

Bird went on to win the Monaco race ahead of Kevin Ceccon and Evans.