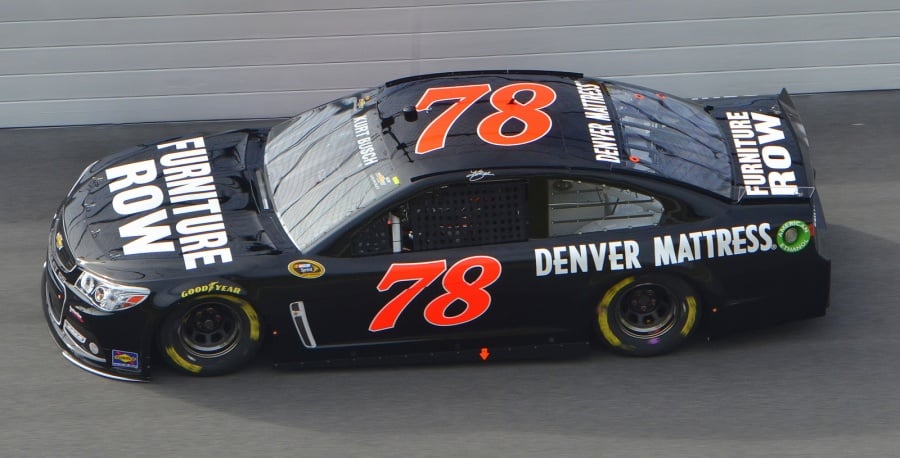 Kurt Busch to Stewart Hass Racing as a possibility in 2014. When Tony Stewart made the announcement last month that Ryan Newman would not be returning to Stewart-Haas Racing in 2014, he added, “We are not ready to expand to a fourth team.”

Maybe that’s about to change. Sources tell FOXSports.com that Kurt Busch has been made a formal, multiyear offer to join Stewart-Haas Racing next season. The offer was made before Stewart’s sprint-car accident on Aug. 5.

Neither Stewart, who is recovering from a broken leg sustained in that sprint-car accident, nor Gene Haas was at the track this weekend. SHR competition director Greg Zipadelli, meanwhile, laughed at the notion.

“We still have to fill the 14,” Zipadelli said.

However, he did not dispute that SHR has room to expand at its Concord, N.C., campus. Stewart-Haas Racing already fields teams for Stewart and Danica Patrick. Kevin Harvick is replacing Newman in the No. 4 Chevy next year, with Budweiser as his primary sponsor.

“Stewart-Haas Racing constantly strives to improve itself, and expansion is something that is often discussed,” SHR said in a statement reported by Dustin Long of the Motor Racing Network. “If the right opportunity presents itself, it’s something the team will certainly consider.”

Busch has enjoyed a solid year in the No. 78 Furniture Row Chevy but has not received an offer for a renewal since the start of the season.

Busch won the 2004 Sprint Cup title with Roush Fenway Racing. Two years later, he moved to Penske Racing, where he qualified for the Chase in four of his six seasons. After a mutual parting, he drove for James Finch in 2012 until the final six races of the season, when Busch joined Furniture Row.

In 13 Cup seasons, Busch has amassed 24 career wins. He is ninth in the points standings, with three races left to decide the Chase for the Sprint Cup.

With the news that Juan Pablo Montoya was vacating the No. 42 at season’s end, Busch name was also mentioned as a possible candidate at Earnhardt Ganassi Racing. That’s when the topic arose of his future plans.

On Saturday, Busch told FOXSports.com that he “still has time” before making any decision about 2014.

“There are unique opportunities, and none of them have made a timeline on anything,” Busch said on Saturday. “So, I can be patient moving forward.

“We have a solid team (Furniture Row) here. Barney Visser (team owner) has invested in it over the years. He’s going into his eighth season at a rate that is comparable to top teams. With it not having the full marketing machine behind it and other subsidiaries, it doesn’t compare to a big, top team in some areas. I’m just worried about how fast the car is when it hits the track and what it’s handling like at Lap 30 of a run. That’s where this has been such a unique situation — and right now we’re posting results.”