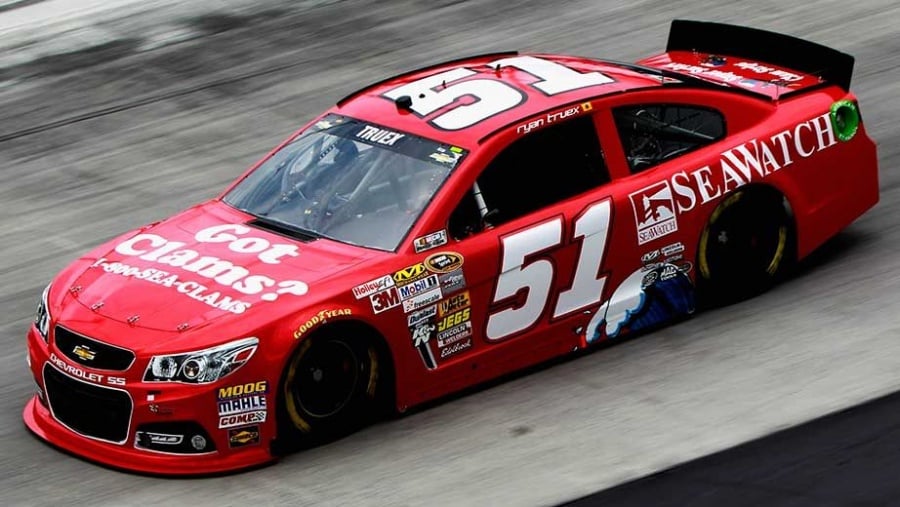 Harry Scott Jr didn’t look at Phoenix Racing and see an underfunded NASCAR Sprint Cup Series program with fewer than two dozen employees. He saw potential — and with an infusion of sponsorship, perhaps a lot more than that.

The co-owner of Turner Scott Motorsports, Harry Scott Jr has become a NASCAR team owner in his own right with the purchase of Phoenix Racing from James Finch, who founded the organization in 1989. The completed sale was announced Wednesday, and Phoenix will put Turner Scott Nationwide Series mainstay Justin Allgaier in the No. 51 car for three of the season’s final 10 races, beginning at Chicagoland Speedway in two weeks.

The sale included the team’s shop in Spartanburg, S.C., and all its assets. Harry Scott Jr plans to keep the organization’s core intact, with Nick Harrison remaining as crew chief on the No. 51 car, and Finch filling the role of “chairman emeritus.” Phoenix will also maintain its ties with Hendrick Motorsports, from which it obtains engines, as does Turner Scott.

“Anybody’s goal in racing, or most people’s goal, is to get to the Sprint Cup Series,” Harry Scott Jr said. “And this particular opportunity is unique in that it’s a single-car team that has good infrastructure that has a great relationship Hendrick. I already had the relationship with Hendrick through my involvement with Turner Scott Motorsports, so it was easier for me to become the buyer of the team as opposed to somebody who didn’t have that. So it kind of gave me a leg up.”

Allgaier, currently fifth in NASCAR Nationwide Series standings, will also drive the No. 51 at Charlotte and Talladega. Harry Scott Jr said he has a driver in mind for the other seven races remaining in the 2013, adding the team would make another announcement on that front in the coming weeks. Phoenix Racing will remain a single entity and not be merged with Turner Scott, which Scott owns along with Steve Turner, and fields cars on three other NASCAR circuits.

“There are no plans for that to change,” Harry Scott Jr said. “Steve had an opportunity to participate in the Phoenix deal, and he declined because of all his other business obligations. But by the same token, when I came into Turner Motorsports, he had already paid his dues and gotten it to that point. If he were to come to me if we were to be successful and he decided he wanted to be a part of it one day, I’d definitely welcome that. But at this point, there is absolutely no plan for that. They’ll be two separate organizations.”

Finch, who won one Sprint Cup race with Brad Keselowskiat Talladega in April of 2009, battled constant sponsorship shortages in his effort to keep Phoenix afloat.

“I just wasn’t going to go broke doing it,” he said last month when the pending sale of the organization was confirmed.

Harry Scott Jr believes all that’s keeping the No. 51 car from being more consistently competitive is sponsorship — and he says the team now has enough to finish out the 2013 season, as well as some already in place for the next two years.

“In my opinion, they’ve been on the cusp. They’ve been competitive at times, so they’ve shown the ability to be competitive. Really what they’ve lacked is sponsorship, and we’ve got some. We’ve been fortunate to team up with some good partners, and that, I think, is going to give us what those guys have needed as far as a little more resources to kind of get them over the hump, to kind of take them to the next level,” Scott said.

“That gives us the ability to plan and invest and know that we’ve got these two years to kind of prove ourselves and attract even more sponsorship. And potentially in ’16, maybe we’ll have two cars. It’s going to give us what we need in order to succeed, in order to be confident you’re making a good investment. We will have time to pay our dues.”

The only sponsor announced thus far for the No. 51 car is Brandt, the agricultural products company that backs Allgaier’s Nationwide car, which will appear on the vehicle for the three Sprint Cup events for which he’s behind the wheel. Scott said the rest would be filled out by a variety of backers, although one company will serve as the team’s primary sponsorship source, and there is inventory remaining on the vehicle going forward.

Allgaier has never made a start in NASCAR’s top level despite a Nationwide career that’s produced three career victories thus far. He tested Sprint Cup cars during his days with Penske Racing, and has experience with high-powered vehicles from his ARCA days. But for the 27-year-old, Chicagoland will mark a long-awaited career first.

“Obviously, it’s huge,” Allgaier said. “Twenty-two years of racing have come down to this point. That was the goal when I started, and it’s great because I know it’s not just one race, it’s three races, and hopefully that goes well and can lead to bigger and better things. At the same time, I can sit back and think about all the people who have helped me along the way … and this makes me really appreciate them and what they’ve done to help me get to this point.”

Allgaier, who said he has nothing in place for next year, knows his three starts could be something of an audition for a ride down the road. But it’s also an opportunity for him to prove that he can do something he’s always believed he could.

“For me, this is more of a personal test, really, to see how I do and if I can get myself comfortable in these three races,” he said. “… It’s going to be tough, you know that up front. But I’ve put so much pressure on myself knowing I can get to that point. Now that I’ve gotten there, its’ just a matter of enjoying what I’ve been able to accomplish, and making the most of it.”

Harry Scott Jr is a native of Raleigh, N.C., who founded a medical billing company and now lives in Hilton Head, S.C., has seen his NASCAR profile increase since becoming co-owner of the rebranded Turner Scott Motorsports earlier this year. A lifelong race fan, he became involved in ownership after meeting Todd Braun at Daytona in 2009, and the next year was a partner on Brian Scott’s Nationwide Series entry. Turner bought Braun’s operation in late 2010, and Scott became a minority partner of the new organization before raising his stake this year.

“Harry Scott Jr has been one of the most real and best people I’ve met in the garage since I started in his sport,” Allgaier said. “He’s been around the sport for a long time, not necessarily in the high profile role he’s in now. But he’s been around a long time. … I’ll say this, if anybody can make this deal work and keep pushing it forward, I think the right guy has gotten involved.”

Harry Scott Jr first became involved in NASCAR when his company sponsored race cars. He’s been driven not only by the competition, but the relationships made along the way.

“It’s very rewarding to be able to work with young guys,” Harry Scott Jr said. “I’m 47 years old, and the guys I’m working with are half my age. Not only do they keep you young, but you see them grow and see their careers grow. Even the young drivers on the K&N (Pro Series) side and the (Camping World) Trucks. It’s really nice to see them kind of get it. It’s rewarding.”

And now, he has a Sprint Cup team to call his own.

“It’s an honor to be in the club, so to speak, even in a small way,” Harry Scott Jr said, “and to have the opportunity to pay your dues and grow that single-car team into potentially a championship contender.”