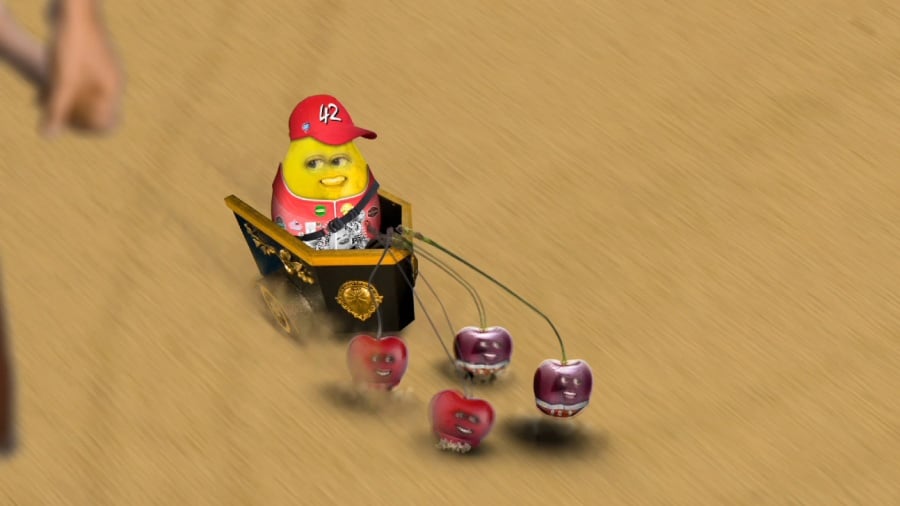 Carl Edwards and Juan Pablo Montoya will compete in a totally different kind of a race Wednesday night the Annoying Orange NASCAR Episode.

The two NASCAR Sprint Cup Series drivers will appear — in voice and likeness, at least — in an episode of “Annoying Orange,” which airs at 8 p.m. ET Wednesday on Cartoon Network. The drivers play the role of … well, drivers, in a chariot race.

Officially, the show — which chronicles the adventures of Orange and pals Pear, Passion Fruit, Marshmallow, Apple, Grapefruit, Midget Apple and Nerville (YouTube star Toby Turner) as they travel through time and space in their amazing fruit cart — has dubbed the drivers’ characters as Hero Carl and Juan Papaya. The Papaya character was created specifically for Juan Pablo; the tropical fruit is abundant in Montoya’s home country, Colombia.

The episode Wednesday night is called “Orange Julius Caesar.” Its official description: “From mere gladiator to almighty ruler of the Romaine Empire, Orange reigns supreme. But will his hubris be his undoing? Or at least really annoy his subjects? Will Nerville outpace the Cherr-iot drivers Hero Carl and Juan Papaya?”

“My kids are really excited to see their dad in a Cartoon Network show,” Montoya said. “Especially (son) Sebastian as he has watched the ‘Annoying Orange’ before. It’s pretty cool to be involved with things like this. It was a lot of fun to film, and for them to actually create a character for me is a cool deal. I can’t wait to watch the episode with my family.”

The drivers took time out of their schedule while at Fontana earlier this season to voice their scenes; you can watch videos of that below, including some hilarious bloopers from Montoya.

For a sneak peek at Wednesday night’s episode, you can click here.