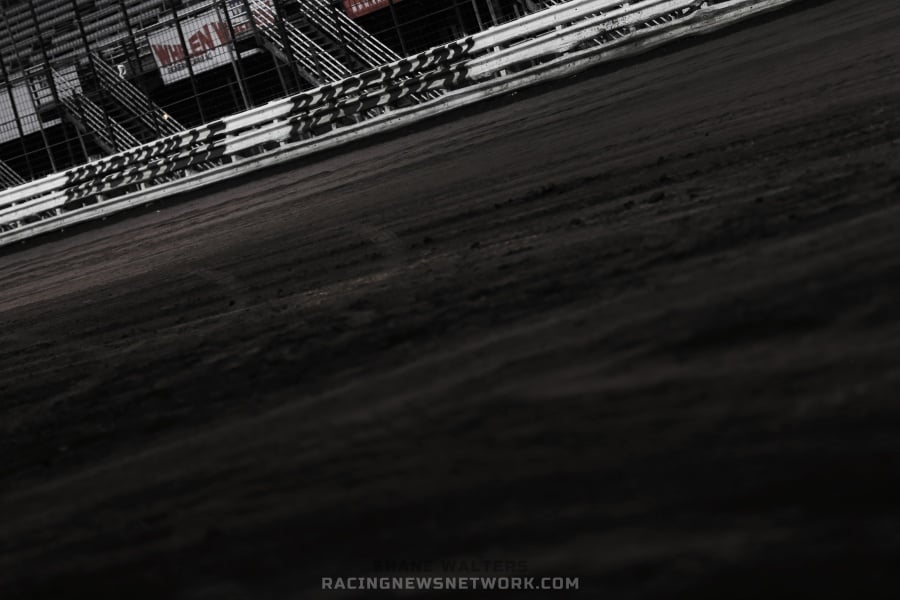 The 25 lap main event got off to a rocky start with a pair of caution flags during the first five laps of the race. Jimmy Owens led the first four laps, until A.J. Diemel took over the point. Diemel held the lead for four circuits until Richards powered by him on lap nine.

“It was a crazy start to the race,” said Richards, who is racing at Knoxville for the first time in three years. “Our car was real good again tonight. This track suits our driving style, and we go into the turns wide-open and let the car rotate through the turns. As I said last night, this is one of my favorite tracks. I certainly have missed coming here the last three years, and to win the first two nights, it’s just unbelievable.”

Richards held a sizable lead over Diemel and Owens with ten laps to go. Owens tried several times to get around Diemel. Finally, with seven to go, Owens made the pass on Diemel for second, coming out of turn number two. A caution with five laps to go set-up a dash between Richards and Owens, but Richards would prevail, holding off Owens for the victory.

Owens, the 2-time LOLMDS National Champion, commented, “We were having electrical problems on the restarts, it was cracking and popping, I thought it was going to die on us, and then finally it ran like it should towards the end. We got around him (Diemel), but Josh was already so far out in front, we weren’t going to catch him. We got that caution with five to go, and I was going to try a move going into one, but if I couldn’t clear him, I wasn’t going to take a chance of tearing us both up”.

Diemel had his best career finish at Knoxville, earning a podium finish. “We are extremely happy to come home third against these Lucas guys. I thought maybe early on we had a real good chance to win tonight. We learned so much here the last two nights. It builds our confidence heading into Saturday Night’s big race.”