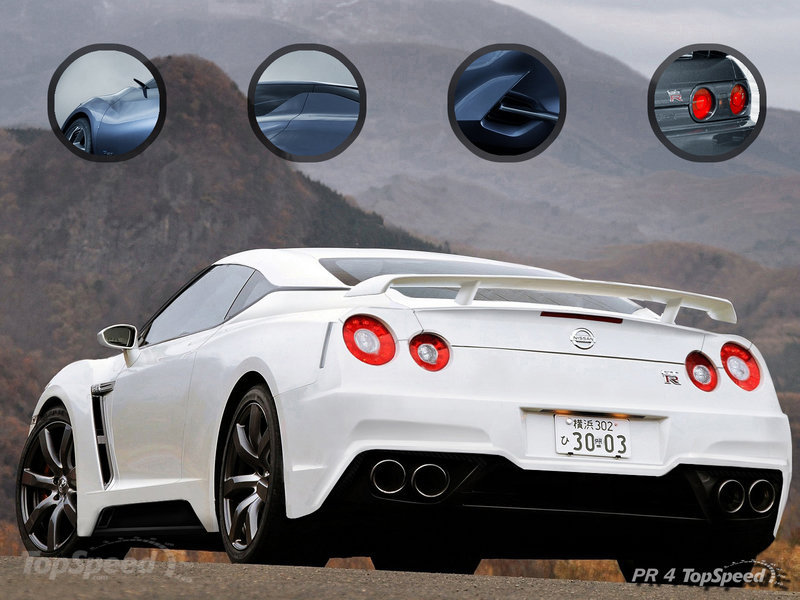 The 2016 Nissan GTR is by far Japan’s longest-running and most-talked-about supercar. Even in the face of an all-new hybrid NSX and the shrieking Lexus LF-A’s V-10, the magic of the GT-R formula continues to fascinate and captivate car guys and gals across the world.

The latest R35 Nissan GT-R is the most accomplished in the family lineage by not only dominating the press in Asia and Australia — where the previous-gen cars were sold — but also taking headlines across America and Europe.

And the headlines are good. Not the standard “newcomer tries to beat Porsche, loses” we are all so familiar with. The GT-R is a machine that wins objective and subjective comparison tests against some of the absolute quickest and highest-tech machines in the world.

It has taken two generations of 911 Turbo models to get anywhere near the GT-R’s pace, and the $100,000 Nissan also regularly spanks Ferrari’s finest.

So much so that Porsche and Ferrari will no longer let one of their cars be in a comparo with the GT-R. Now that is an achievement.

So where to go with this legend of a race car? Keep the world-beating pace and all the latest component upgrades from the forthcoming GT-R Nismo, but improve the weight balance, center of gravity, aerodynamics and style.

A daunting task, to say the least. Luckily, the TopSpeed artists and graphic design team have created a few exclusive previews of where the GT-R’s styling will go in the next generations.

Tagged a 2016 Nissan GTR these renderings are purely speculative design studies. The ideas presented here are still quite interesting, with two distinct flavors of modern GT-R from which to select your favorite.

These 2016 Nissan GTR renderings are pretty outstanding and well-executed considering the fact that Nissan has said virtually nothing about a replacement for this R35 GT-R. Traditionally a very long model cycle, the Nismo engineers have been unable to leave well enough alone over the current car’s four-year tenure on the market.

Most of the extra detail tweaks to the 2016 Nissan GTR have been under the skin, however. Only the LED running lights that joined the bumper in year two were added to the hot and technical beauty of the GT-R.

BMW’s “Evo/Revo” logic is the most rational when predicting how all carmakers will replace their lineups. What we dubbed Evo/Revo refers to the way BMW revamps their models. An all-new car is on market for four years, then gets a superficial update for another four years on the same platform. That is the ’Evolution’ part. Then after eight years, the ’Revolution’ brings a new chassis.

By this logic, the new GT-R is most likely be an “Evolution” and not “Revolution” of a totally new chassis.

To accomplish this, the car must be totally revamped and restyled outside as a way to draw in the trendiest shoppers, and keep the previous loyal buyers when they are trading up.

The 2016 Nissan GTR nose is one of its most remodeled and repackaged features. A much lower hood height is visible in these renderings, with an even more extreme expression of the latest boomerang headlamps. The V-bar grille from the TopSpeed 2016 Nissan Maxima Nismorendering is present in shape, but not in chrome finish.

The nose of the GT-R looks far meaner with visible-weave carbon-fiber forming its lower structure on a contrast black versus the white paint of these renderings.

The 2016 Nissan GTR air intake setup looks very similar to the current GT-R, but adds a slim hood scoop just above the grille. Whether feeding the intake or serving an active aero function, a scoop like this could replace the current car’s NACA ducts higher in the hood.

The biggest change from rendering number one to number two is the lower side sill. The second rendering finishes this piece on contrasting black carbon-fiber, helping the GT-R to look leaner and meaner that the body-color scoop.

These 2016 Nissan GTR sills appear to channel air into the rear brake ducts, but such a detail remains unconfirmed.

The tail of the 2016 Nissan GTR is also two steps of potential style makeovers. One could be thought of as the ’Evo’ concept, and another the ’Revo.’ The Evo idea keeps the giant four exhaust pipes down below and the four-pack of round brake lights near the top corners of the trunk. Additional venting and aero detailing is visible near the lower diffuser areas, where the GT-R will need to increase its down force and stability to reach higher top speeds than the current car.

Chiseled edges are kept for the rear corners because it is the cleanest treatment for aerodynamic smoothness.

The choices regarding he taillights are tricky because round brake lights have been a GT-R styling theme since the beginning. Even so, to move the car forward the LED shape is likely to be inside the trunk metal or ditched altogether.

The C-shaped scratch of LED lights is another area that will allow better transfer of this look to the 370Z and Maxima. While the round likes work on the GT-R, they would look too much like a Chevrolet Monte Carlo on the Maxima.

So, a longer wheelbase and more centrally-mounted engine are the only details known so far about the next-generation Nissan GT-R. Light electrification was once thought to be likely, but now seems to off stage in favor of even higher states of tune for the current car’s racing-level engine.

More aggressive 2016 Nissan GTR active aerodynamics and rear steering are expected, which will hopefully maintain or enhance the current car’s take-no-prisoners attitude when beating all others in the drag races and around race tracks.

All these 2016 Nissan GTR tweaks and a body that is sexier than the $400,000 LF-A? The R36 GT-R looks set to keep all its best traits, but this time wrapped in more elegant bodywork that will directly influence the next Maxima and Z-car.

NEXT POST
CARS: Ferrari 250 GTO The Most Expensive Car Ever Sold