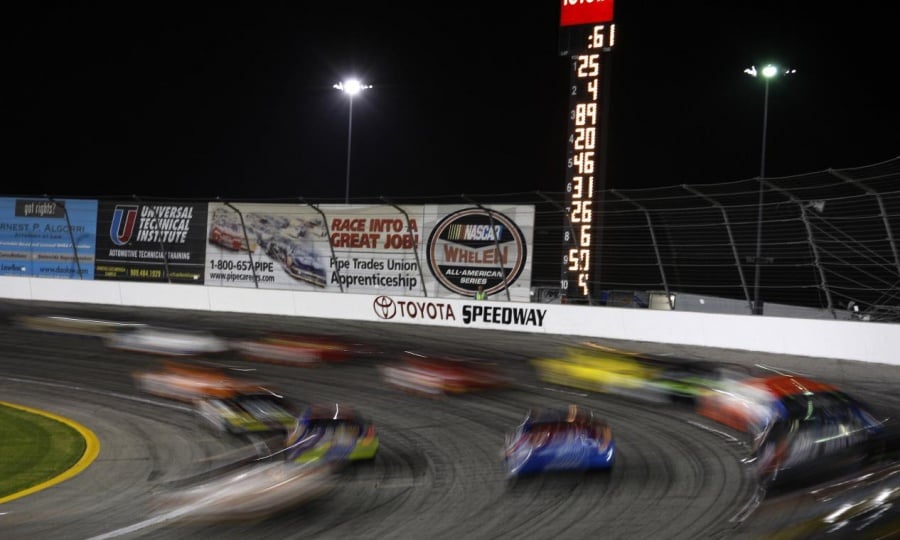 The House of Drift may be about to drift away off into the sunset with the Irwindale Speedway Redevelopment project soon to get underway.

The Irwindale Event Center (formerly Irwindale Speedway), known for popularizing racecar drifting, has sold to developer Lindom Company, and the new owner says it plans to redevelop the 63.47-acre site. Car racing (including NASCAR) will stay on at the speedway through December 2014, according to a press release, and “Details of the future project will be released over the next several months.” Seller Nu-Way Industries bought the land in 1966 and added a racetrack in 1998 and a drag strip in 2000; there’s also a 6,000-square-foot racing center, seating for about 10,000, luxury suites, concessions, a tech garage, admin buildings, “and a large paved parking lot.”

The San Gabriel Valley Tribune says that Irwindale is “considered by many as the best short track in the nation.” But it’s also sitting on 63 “relatively flat, versatile” acres, which makes it pretty juicy for redevelopment. The buyer’s rep says the buyer “has several ideas for future use.” The event center has a year-to-year lease and a rep told the SGVT a few weeks ago that they could stay on past 2014.

The 2003 Guinness Book of World Records lists the fastest-ever top speed of a radio-controlled car as 111 mph (178.63 km/h) set by Cliff Lett of Associated Electrics. Lett, a Team Associated professional driver and one of the designers and developers of the aforementioned RC10, set the record with a heavily modified Associated RC10L3 touring car at Irwindale Speedway on January 13, 2001.

Irwindale Speedway has been saved, yet again