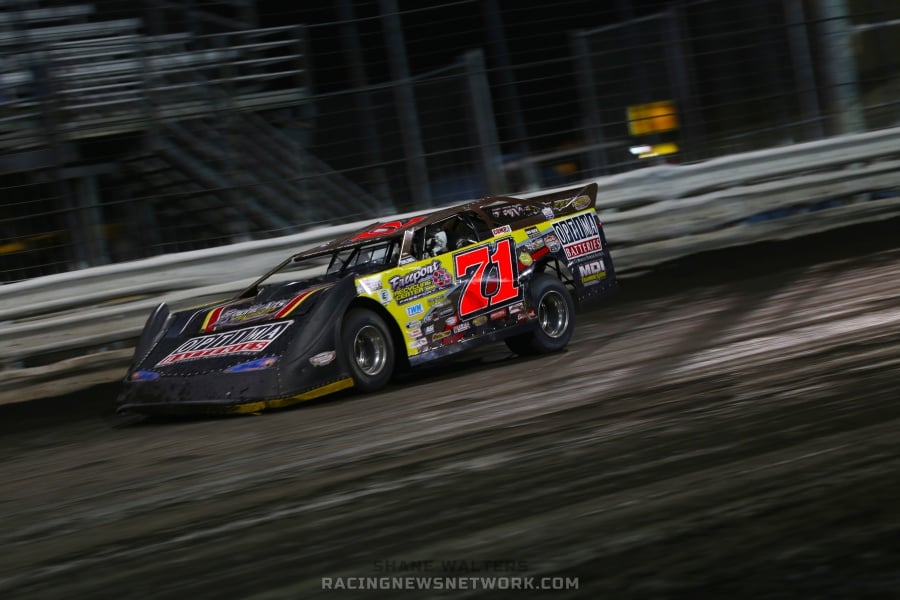 “To say I’m excited about the addition of Don O’Neal is an understatement,” said CBR Owner Clint Bowyer. “Going into 2014 with two veteran drivers like Don (O’Neal) and Steve (Francis) will be a lot of fun and exciting to watch night in and night out. We’ve been fortunate to have great partners like Peak, Crawford Supply and Georgia Boot support us as we continue to move forward and make our programs better. Since we started in 2008 with Shannon Babb we’ve had some great drivers behind the wheel of our race cars, Don O’Neal will continue that for us into the future and help make our program better. I’d like to thank Jared Landers for his time with our team and for representing our sponsors so well. I wish him the best in the future.”

Don O’Neal is a mainstay on the LOLMS, and winner of many of the dirt late model “Crown Jewel” events, will start his 2014 campaign in February, at Georgia’s Golden Isles Speedway.

“I’m a racer, and after talking with Clint (Bowyer) I know that he is too, and that his love is dirt late model racing,” said Don O’Neal. “The opportunity to join CBR and work with Steve Francis and Barry Wright is exciting and I’m ready to get started. I was very fortunate to have a lot of success with the Masters family and I can’t thank them enough for the opportunity they provided me.”

Returning in 2014 will be the leadership of Hall of Famer Barry Wright, owner of Barry Wright Race Cars. The O’Neal-Francis combo will once again be the BWRC “house” cars as they tackle another grueling, 60-plus race schedule.

Don O’Neal driving the No. 5 and it will again feature sponsorship from two of CBR’s outstanding partners, Peak Motor Oil and Antifreeze and Crawford Supply, the country’s largest distributor of Traeger wood pellet grills. Peak will be entering into year two of a partnership with CBR, while Crawford Supply returns for its sixth year of sponsorship with CBR. CBR proudly recognizes Scott Crawford and his family as the first partners of its dirt late model program, when it started the full-time program in 2008.

Clint Bowyer just wanted to race on the dirt