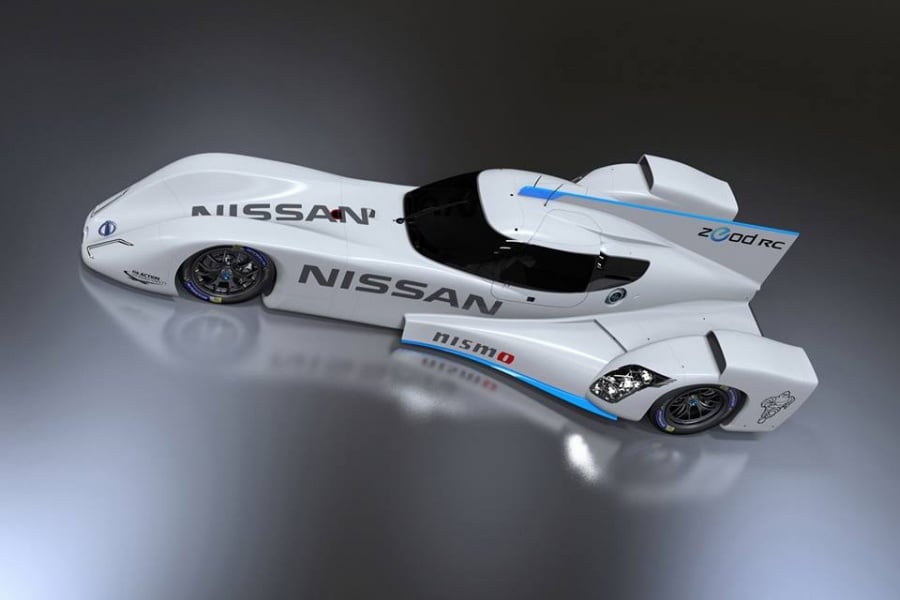 OYAMA-CHO, Japan – The Nissan ZEOD RC made its debut run at Fuji Speedway on a few weeks ago with former GT1 Champion Michael Krumm at the wheel, moving from design board to the track in only seven months.

The Nissan ZEOD RC was on display during the six-hour FIA World Endurance Championship in Japan at Fuji.

“It’s like being in a different world. As soon as I sat in the cockpit, it was brand new. Even the buttons are completely different from a conventional race car,” Krumm said.

“I have driven the LEAF NISMO RC before, but it was great to be in a full Le Mans-spec cockpit.”

Former GT Academy winner Lucas Ordonez will also work with Nissan in preparing the ZEOD RC for its “Garage 56″participation at next year’s race at 24 Hours of Le Mans.

“It was great fun. This was a low-speed demonstration, but I could feel a great response from the car,” Krumm said.

“Normally, electric vehicles don’t have a transmission, but this car has a full racing gearbox connected to the motor. The gearbox is the same as a normal racing car. It has an electric powertrain that gives you a very new feeling. It was really fun.”

The Nissan ZEOD RC (Zero Emission On Demand Racing Car) is a hybrid electric racing car which will compete in the 2014 24 Hours of Le Mans race.

The ZEOD RC is designed by Ben Bowlby, who previously created the 2012 Garage 56 entry DeltaWing which had also been backed by Nissan. The ZEOD RC will utilize a hybrid electric drivetrain with lithium ion battery packs in a chassis similar in design to the DeltaWing.[1] The ACO announced during 2013 that Nissan Motor Company had been granted the Garage 56 entry for 2014. Nissan unveiled the car, known as the ZEOD RC, during the 2013 24 Hours of Le Mans weekend.

A lawsuit was filed on 22 November 2013 by the The Delta Wing consortium (Don Panoz, Chip Ganassi) against the former designer of the Delta Wing, Ben Bowlby and former engine-supplier Nissan for “damages and injunctive relief arising out of theft of confidential and proprietary information, misappropriation of trade secrets, breach of contracts, unjust enrichment, fraud, and negligent misrepresentation.”