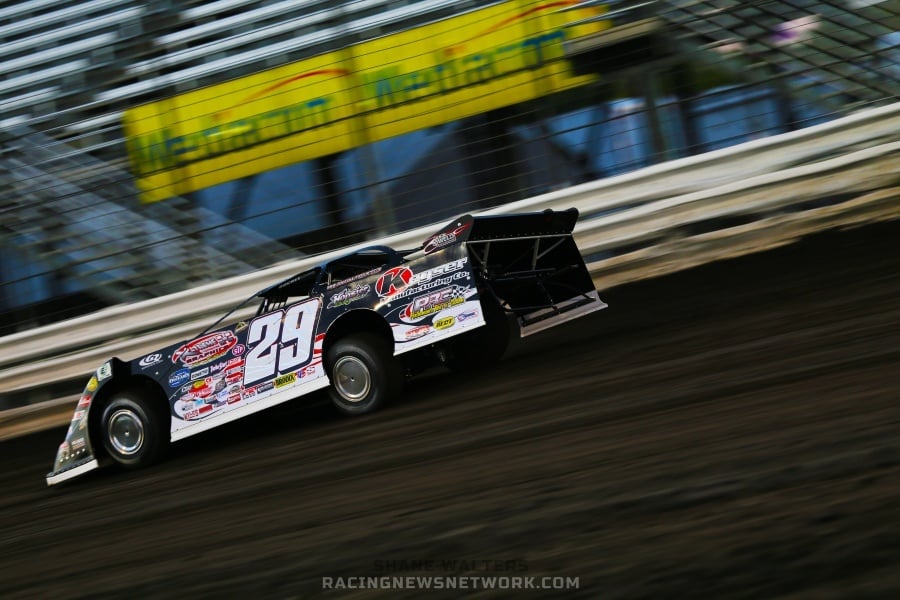 I’m back from the future, all 1.21 gigawatts powered down on the DeLorean time machine. I’m back to tell you about the future of racing and the death of your favorite sport.

Today, fans fill the stands to watch drivers race side-by-side right on the edge of control at 200 mph. Drivers just a slip of the steering wheel or gas pedal away from smashing down a concrete or steel barrier or advancing a position. A controlled slide in every corner, a visual that is exaggerated on the dirt racing surfaces.

The driver with a combination of greatest car control and the best car setup will likely be the winner. At least this is what the hardcore fans see. To your hardcore fan it doesn’t matter if the cars are going 60mph or 200mph because that’s not what they are there to see, they came to see the racing.

The hardcore fans sitting in the stands tend to be the minority of the actual audience. Racing is a complex and ever evolving sport that realistically takes sitting in an actual racecar to fully understand.

Most of your ticket purchasing race viewers are just your general auto racing fan who have never driven a racecar or they’re there to check out the experience with their friends or family. These people don’t see the same things that the hardcore fans see, they see the speed and the speed alone. What happens when the excitement level of speed is removed or depreciated?

We are fast approaching times where our personal cars will drive themselves. The Google driverless car is already piloting around the streets of California, with not input from the passenger in the ‘drivers’ seat. Nearly every new Mercedes has technology to keep the vehicle between highway lines without the slightest touch of the steering wheel or gas pedal.

Take into account cars are now equipped with the technology to apply the brakes automatically to avoid accidents and even parallel park for you. Cars are becoming safer and one day we will reach a point when zero cars and trucks on public roads are manually driven.

When that happens, it will become safer to reach highway speeds over 130mph, taking out the human accident element. Highways will be like cars of a train, a line of cars all moving in sync with each other much like we saw on iRobot the movie. Likely, the computers in the cars will communicate with the other cars, meaning they will be able to make room for a lane change. When this happens, the speed limits will increase and the drivers will become numb to the speed.

This is great for the last minute wakers who struggle to get to work on time. However, for the sport of racing it won’t be so good. The general fan won’t understand the thrill of watching cars racing in circles at 130mph when they reach those speeds daily on the highways. The won’t be interested in watching something they truly believe they could do themselves. The element of speed and the excitement level it brings to your general race fan is empty and so are the grandstands.

The future of racing will see a dropping television audience as well as speedway seating capacities. The payouts will drop as a result but the costs of running a race team are forever on the increase. Small town tracks will close at an even faster rate. Now, the ground floor of the sport has been destroyed and we no longer have a means of driver development or a way of climbing the racing latter.

Wait a minute Doc, this is of course a worse case senario. Personally, I think we will always have a form of auto racing. The changing elements and technology of the personal cars will of course effect the racing world.

I think the forms of racing where car control is most visual will be the recipient of the biggest racing audience. Ice racing, rain racing, dirt racing both of these provoke interest. I’m not saying NASCAR and F1 will disappear but they will need to make changes to amplify visual elements of car control. The speed of the sport becoming irrelevant, forms of racing that show the balance control of the racecar most will prevail.

A complete twist to this whole article is the new road technology could benefit all forms of the sport. It’s possible people will take a different angle to viewing motorsports. We might read future tweets like, “Great Scott! You mean people can actually drive these cars at these speeds manually?”

I can’t predict the future of racing. I’m no future boy I only wish I was Marty McFly.

Kyle Larson comments on his future; Thankful the Outlaws support him