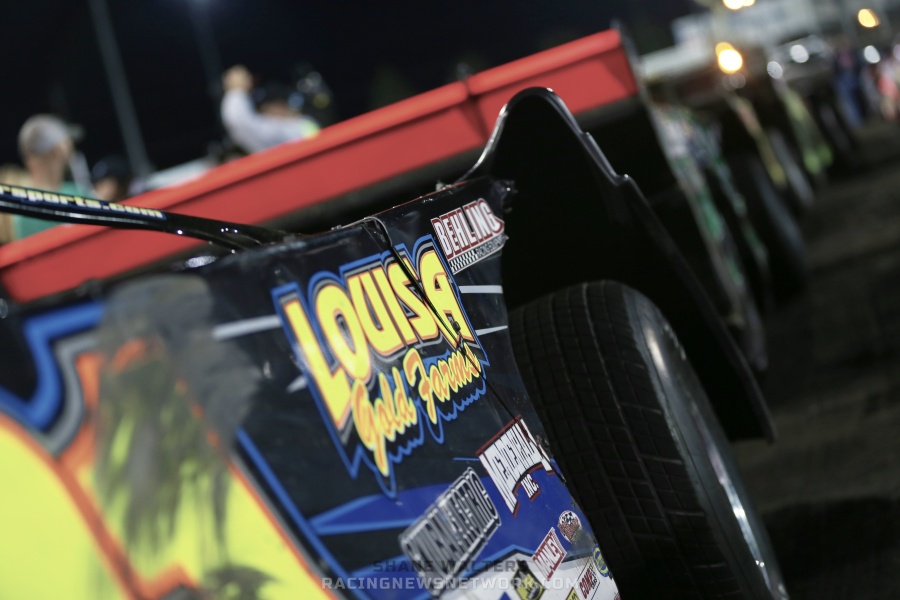 VINTON, Iowa – An absence of 20 years comes to an end when the 2014 IMCA Deery Brothers Schedule opens at Crawford County Speedway in the Dirt Late Model racing division.

The April 5 show at Denison is the first of 19 dates on the schedule for the 28th annual IMCA Late Model tour. The series also concludes much shorter hiatuses with return visits to Jackson County Speedway in Maquoketa on April 19 and Marshalltown Speedway on June 24.

“There are three tracks that have not been part of the series for a year or two or 20 and the last time we were in Denison it was a half-mile, so that will be new,” Tour Director Kevin Yoder said. “Otherwise the schedule looks relatively the same as last year. It is travel friendly and compatible with IMCA Late Model weekly racing.”

“The series qualifying format remains the same next season with the exception of the Liberty 100 fi­nale,” said Yoder, adding that a race of champions is also planned during the Oct. 3 program.

Five events are on the initial series schedule before the start of the weekly IMCA Late Model point season: April 5 at Denison, April 11 at Davenport Speedway, April 12 at West Liberty, April 18 at Farley and April 19 at Jackson County.

The series is at Quad City Speedway in East Moline, Ill., on May 4 and at Boone Speedway for the traditional Memorial Day show on May 26.

Hamilton County Speedway in Webster City hosts the June 3 show. The series is at Cedar County Race­way in Tipton on June 10, at Marshalltown on June 24, and at Independence Motor Speedway on July 1 before return visits to West Liberty on July 8 and to Dubuque on July 13.

The Iowa State Fairgrounds Speedway in Des Moines rolls out the red carpet for the Aug. 11 show.

Weekly point races are complete before opening night at the IMCA Speedway Motors Super Nationals fueled by Casey’s brings the tour back to Boone on Sept. 1, with the winner earning a bonus based on their number of sanctioned weekly starts during the season. The series is at Farley Sept. 12 and 13, then returns to Davenport Sept. 20 before concluding Oct. 3 and 4 at West Liberty.

The series champion will earn $5,000, with point fund shares to the top 10 and pro-rated for drivers not competing at all events. Drivers finishing outside the top 10 in points but with perfect attendance will be guaranteed $500.

Four other Deery seasons have ended in October, most recently in 1999. Gary Webb of Blue Grass won the one previous Deery event held at Denison, on July 28 of 1994.