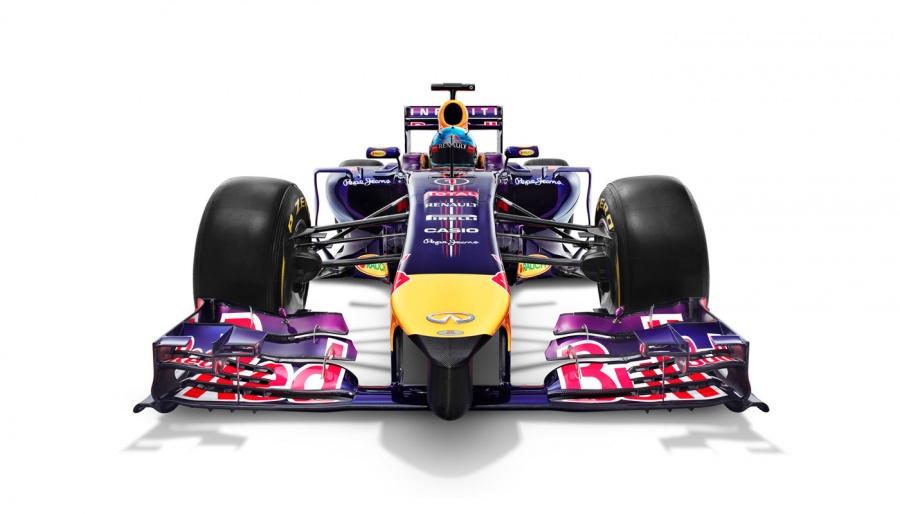 Red Bull Racing RB10 was revealed today, our challenger for the 2014 Formula One World Championship and our first interpretation of F1’s radical new technical regulations.

Unveiled in the pit lane this morning at the Jerez Circuit ahead of the first day of testing, the Red Bull Racing RB10 is powered by the Renault Energy F1-2014.

As a team we have enjoyed hard-fought success in recent years winning the last four Drivers’ and Constructors’ titles. Now the game changes and due to the new regulations, the Red Bull Racing RB10 has little in common with its predecessors.

So, there it is. Months in the making, today at 0840 the Red Bull Racing RB10 rolled out of the garage and into the pitlane at Jerez. We had a sunny morning for it – if a little fresh – and around 150 photographers lined up to catch a first glimpse as Sebastian Vettel and Daniel peeled off the sheet.

The Red Bull Racing RB10 appeared at the appointed hour, rolled out on a dolly by some of our mechanics who positioned the car in front of a shiny new back drop which had been set up outside the garages.

Everyone’s been doing a spot of expectation management in the last few weeks, preparing the world for F1 cars that are perhaps… less than classically beautiful. Even so, there’s been a few sharp intakes of breath when the new cars have been revealed.  The Red Bull Racing RB10 isn’t too bad, though look past the paintwork and you realize livery designers really do earn their fees.