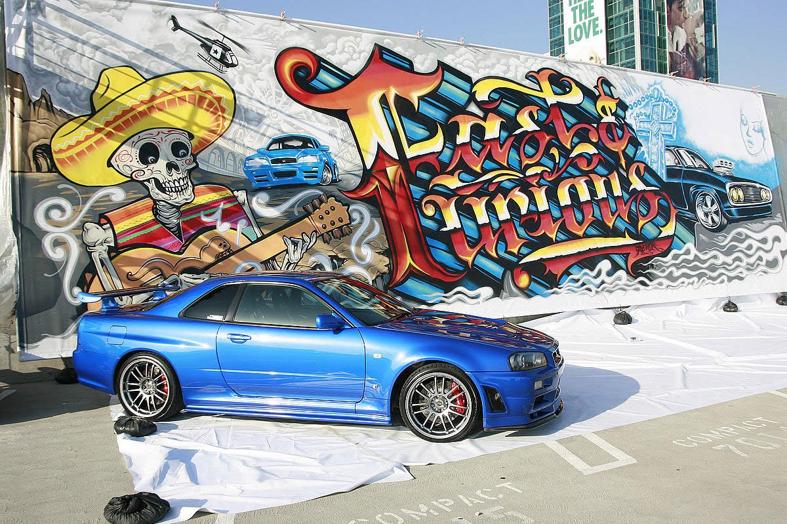 Paul Walker Skyline for sale with a €1m price tag and all the money will be donated to Paul Walker’s Reach Out Worldwide Foundation. Tge Nissan Skyline GT-R car was driven by Paul Walker in Fast & Furious Movie.

The buyer will also receive the rental certificate from Universal Pictures. This certificate is proof the Paul Walker Skyline for sale was actually the one used in the 4th film of the series. All proceeds will go to directly to Reach Out Worldwide.

Reach Out Worldwide works with responding to natural disasters and other crises via a network of skilled relief workers.

The actor was killed in a car accident last year while driving his Porsche Carrera GT his friend and business partner Roger Rodas was driving. The two crashed and the Porsche burst into flames; rumors speculate the two were traveling over 100mph at the time of the crash.

For 13 yearsPaul Walker took the lead role in the Fast and Furious movie franchise, starring alongside the likes of Dwayne Johnson and Vin Diesel in racing thrillers. He will appear in the seventh installment in 2015, as most of his scenes were completed at the time of his death, and another posthumous movie, Brick Mansions, will be released this year. His role in the forthcoming Hitman movie Agent 47 was given to Rupert Friend, and he was replaced in romance The Best of Me by James Marsden.

Skyline For Sale Video ( NOT IN ENGLISH )