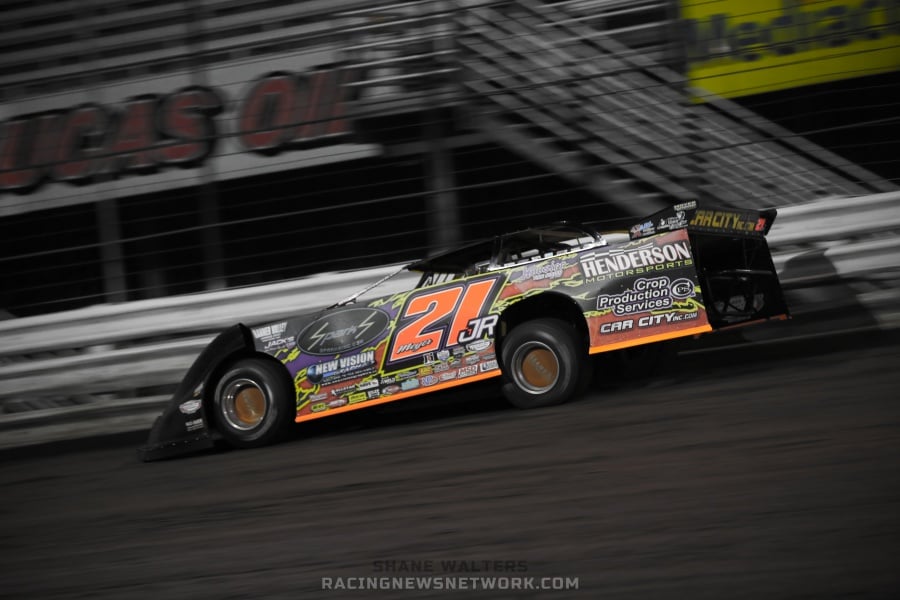 DES MOINES, Iowa – Brian Stickel Knoxville Raceway General Manager/Promoter announced this week that a major improvement/expansion project at the track that has been in the preliminary planning stages is rapidly moving toward reality. “There are still many, many decisions facing the Fair Board as the project progresses, but a big first step, the funding plan for the project, is beginning to take shape,” Brian Stickel said.

Marion County Fair Board President Jason Reed stated, “A critical component of our project, some help in the form of funding assistance from the state, is appearing likely, thanks to great support from our legislators, Representative Greg Heartsill and Senator Amy Sinclair.”

According to Raceway General Manager Brian Stickel the expansion plans being considered are for a four-story building to be located on the southeast corner of the track where the Skate Pit is currently located.  An entry plaza and skywalk to the existing stands, additional skyboxes, a rooftop terrace, raceway offices, and retail space are all options being considered as portions of the new structure.  It has not been decided whether to place the roller skating facility in the new structure or move it to another location on the fair grounds.

The request for state help is receiving a favorable hearing from legislative leaders as well as from our local legislators according to Dave Schrader, a longtime employee of the track who has been hired to represent the Raceway at the Statehouse.

The vast majority of legislators, according to Schrader, prefer a sales tax rebate as the method of providing assistance to the track.  Sales tax rebates have previously been used for the Iowa Speedway and for the Field of Dreams baseball facility in northeast Iowa.  The sales tax rebate would be limited to 5 cents and would not include the local option penny or the penny dedicated to schools.

Fair Board President Jason Reed says early cost estimates for the project range from $4 to 6 million dollars. He said the track has had some good years of late and is saving money toward the project but there remains a need for an extra boost to fully fund the project.  The legislation being drafted by Representative Heartsill would allow a sales tax rebate to run for ten years and would limit the amount of the rebate to $2 million and no more than 25% of the total cost of the project.

Track General Manager Brian Stickel remarked, “The Marion County Fair Board has always looked ahead with an eye toward the future.  Their vision over the years, more than anything else, is what caused the Knoxville Raceway to become the Sprint Car Capital of the World. This project is a continuation of that vision.”

During the 2013 season, Knoxville Raceway had more than 211,000 visitors to the famous half-mile dirt track. The Knoxville Nationals and Knoxville 360 Nationals draw nearly 100,000 sprint car fans to witness the most prestigious and largest dirt track races in the world in early August. The Nationals combine racing with a cultural festival featuring parades, live music, camping, and expositions. More than 100 drivers compete for a million-dollar purse and the esteemed title of Knoxville Nationals Champion.