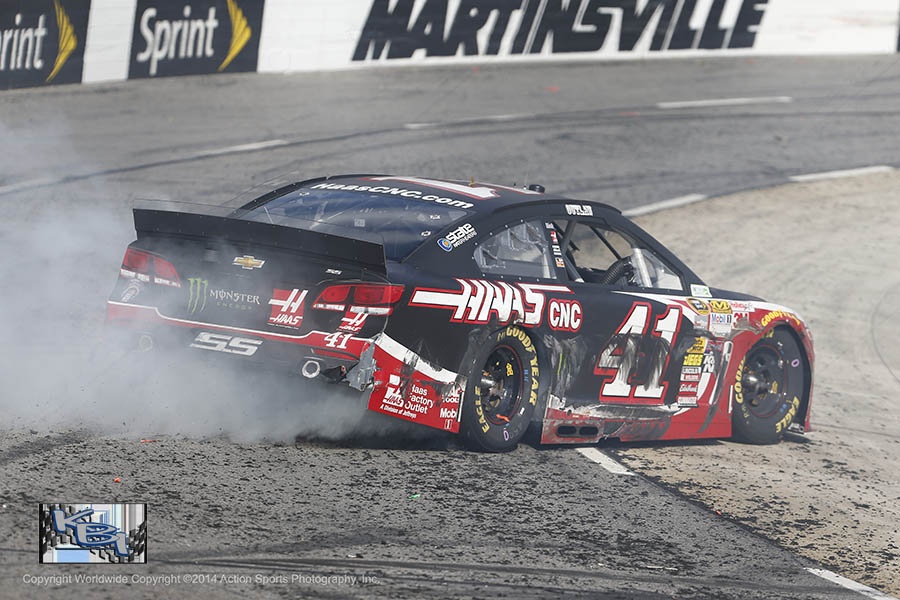 Kurt Busch puts Stewart-Haas Racing back in victory lane. Gene Haas says he wanted a car with his name on it to go to victory lane. Kurt Busch ‘The Outlaw’ made that wish come true this weekend at Martinsville Speedway.

Despite an early pit road incident with Brad Keselowski, Busch was the winner. Brad tangled with Kasey Kahne as the driver entered his pit stall.

Keselowski tried to move around him but was blocked by Kurt Busch as he went to the outside to avoid them both. Keselowski thought it was a lack of patience, likely more just self preservation to avoid contact.

Brad Keseloski returned to the race track in search of Busch. The two made slight door contact again but nothing major.