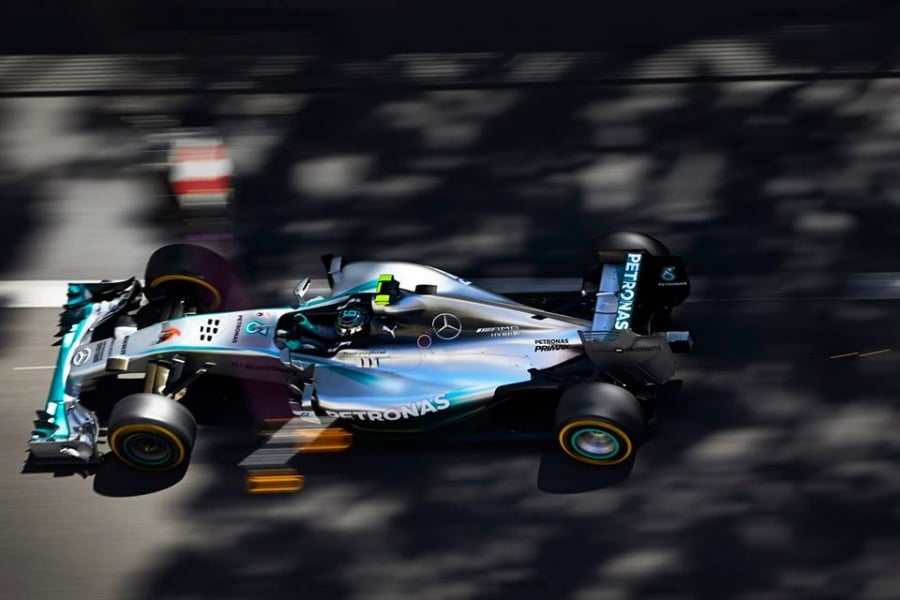 Monaco is one of those special events, a crossover event per say. A crossover event in the sense it pulls eyes beyond your general racing fan. Racing fans clear their schedule for the day and circle the event on the calendar. Non racing fans tune in to see cool boats and billionaires or something of that nature, I don’t know.

Whatever the reason for the crossover, Monaco is by far the biggest race of any kind year after year. Out of date and gaudy architecture surrounds the streets that house a racing circuit. A temporary, yet one of the best racing circuits in the world.

In open wheel racing contact is a crime punishable by lynching. However, to overtake in Monaco you’re playing a game of inches and contact is inevitable.

Mercedes teammates Lewis Hamilton and Nico Rosberg have been dominating the headlines this year. Recently, these headlines have been thrown against each other. The duo have been trading awkward comments about each other to the press.

They can’t ignore each other and the team continues to dominate. Again today they stacked up first and second for the entire length of the race.

Nico Rosberg started on pole and led with Hamiton trailing. 4,000 gear changes later, he picked up a win and tops the 2014 Monaco Grand Prix results ahead of his teammate.

Lewis Hamilton arguably had the faster car as he consistently open and closed the gap to the leader. Then vision issues caused him to fall nearly into the clutches of Daniel Ricciardo.

The large majority of the F1 reading this are Ferrari fans. They will be somewhat disappointed to know Fernando Alonso closed the event in fourth. Just missing a podium.

Sebastian Vettel ran into issues early with power to his Red Bull machine. The car had a kers issue in qualifying the day before. It appears to have hit him again. As if that wasn’t enough his car also got stuck in gear upon leaving the pits. Several laps later he retired the car from the race.