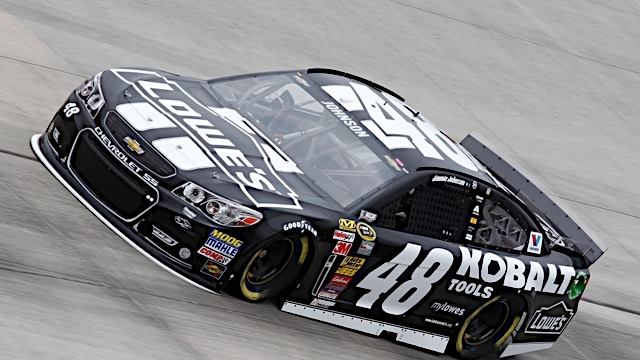 Kyle Busch won both the NACSAR Truck Series and Nationwide events at Dover. He jumped out to the lead and looked to be on his way to the sweep.

However, shortly after leading his 10,000th NASCAR lap, contact with Clint Bowyer halted that opportunity. Bowyer was told he was clear. He wasn’t and put Kyle Busch into the wall, ending his day.

The race was red flagged twice. Once for an accident and the 2nd for a pothole. See the photo of the pothole here.