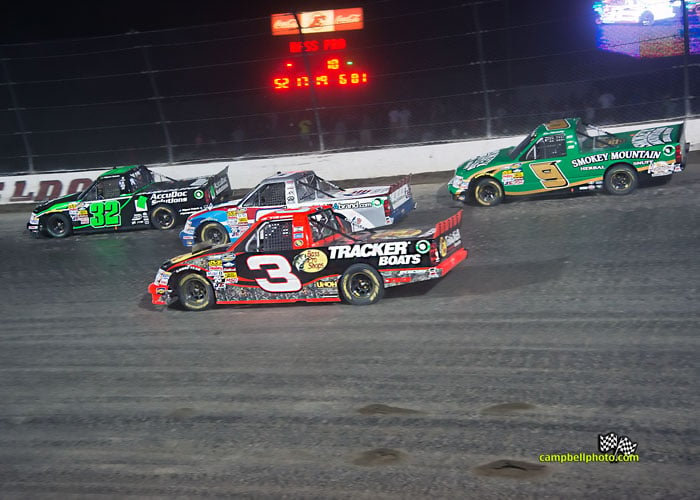 Among the NASCAR Dirt Race format changes, aimed to bolster the emphasis on both driver skill and team strategy, are:

– Pit stops during competition cautions are now optional, whereas they were mandatory in last year’s inaugural event.
– Each qualifying race will now be 10 laps each. Last year, each race was eight laps.
– A random draw will determine qualifying order. Last year, practice speeds dictated the qualifying order.
– Owner points to be awarded to the top five team owners whose trucks do not transfer to the main feature. Last season, teams that did not advance to the main feature did not earn owner points.

“Last year’s inaugural event at Eldora Speedway was an incredible success, and these enhancements will only increase the excitement for our fans,” said Chad Little, NASCAR Camping World Truck Series managing director. “NASCAR continually works with team owners and drivers to ensure that NASCAR fans get what they’ve come to expect out of the NASCAR Camping World Truck Series – close, thrilling racing, every single lap.”

The event continues to showcase a traditional two-lap qualifying session, five qualifying races, one last-chance race and a champion’s provisional to determine the 30-truck starting field. The top 20 in owners points entering the event will have a guaranteed starting position.

The overall NASCAR Dirt Race format procedures for the Mudsummer Classic are as follows: