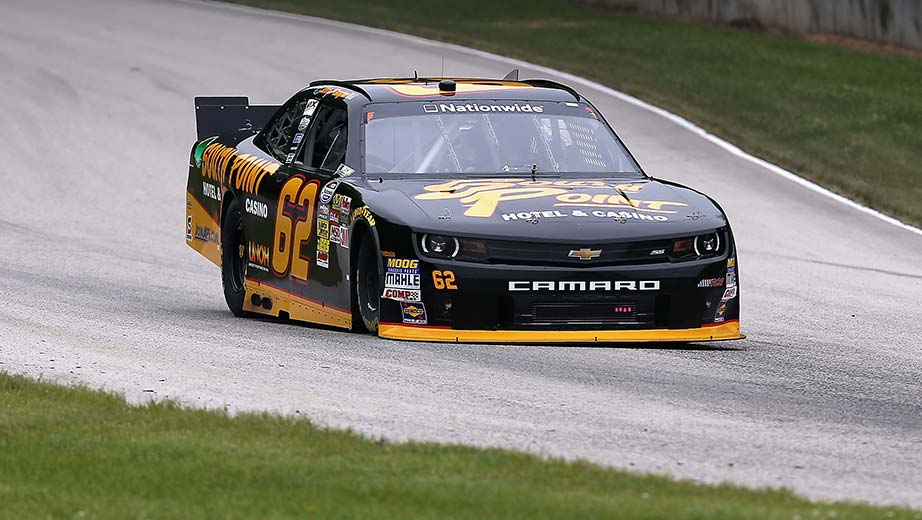 See the full NASCAR Nationwide Series Road America results posted below. It was a thrilling event that offered a rare view of NASCAR rain racing.

Brendan Gaughan picks up his first win. A hard fought win at that.

Alex Tagliani looked to by heading to the win. However, in the closing laps a caution flag flew and he then ran out of gas. On a wet/dry track Tagliani went to slicks.

Tagliani started from the tail of the field on a green/white/checkered finish. In just 2 laps he drove from dead last to 2nd just behind Brendan Gaughan.

He did make a few drivers angry on his climb to the top, Chase Elliott slammed into his door after the race had finished. The two drivers talked it out after the race as Gaughan sat in victory lane.