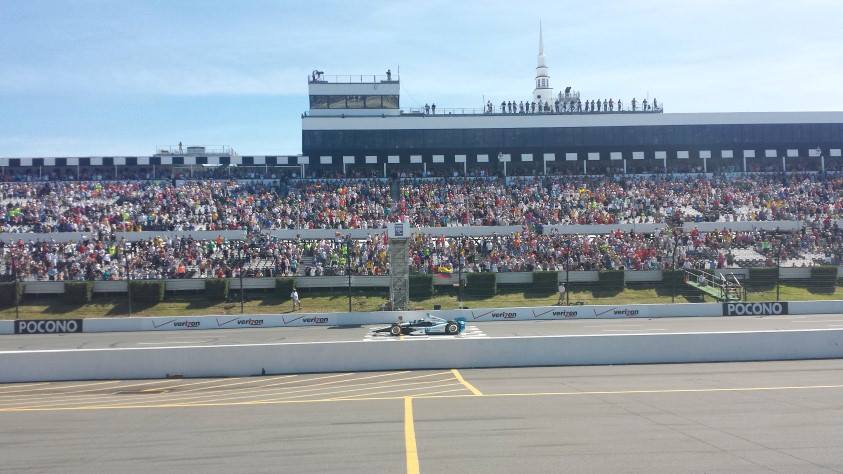 Drivers went an Indycar record 158 laps without a caution. A record for any 500 mile race in the Verizon IndyCar Series. However, Graham Rahal spun exiting turn 2. He came close to destroying a car in the outside wall be barely grazed it. The car just spun, original thoughts from the team was that the engine blew.

Juan Pablo Montoya was going for the lead with 30 to go. As he made a move around Will Power his left front end plate dragged the bumper of Power. That ripped it off and sent it flying. Power looked to struggle after the incident. However, it might have been an advantage to Montoya as he immediately pulled a gap to the field.

Will Power soon after received a black flag for blocking his teammate. A drive through penalty, damaging his race. “get your head on straight” was the call to Power from the pit box.

Late green flag pit stops shook up the front of the field a bit. Drivers losing and gaining on the in and out laps with the draft.

Tony Kanaan tried to skip the final pit stop. The crew thought he would be about 2 laps short. The fuel alarm came on in the car at lap 4. He was forced to pit and give the lead back to Juan Pablo Montoya and picked up his 15th IndyCar win.