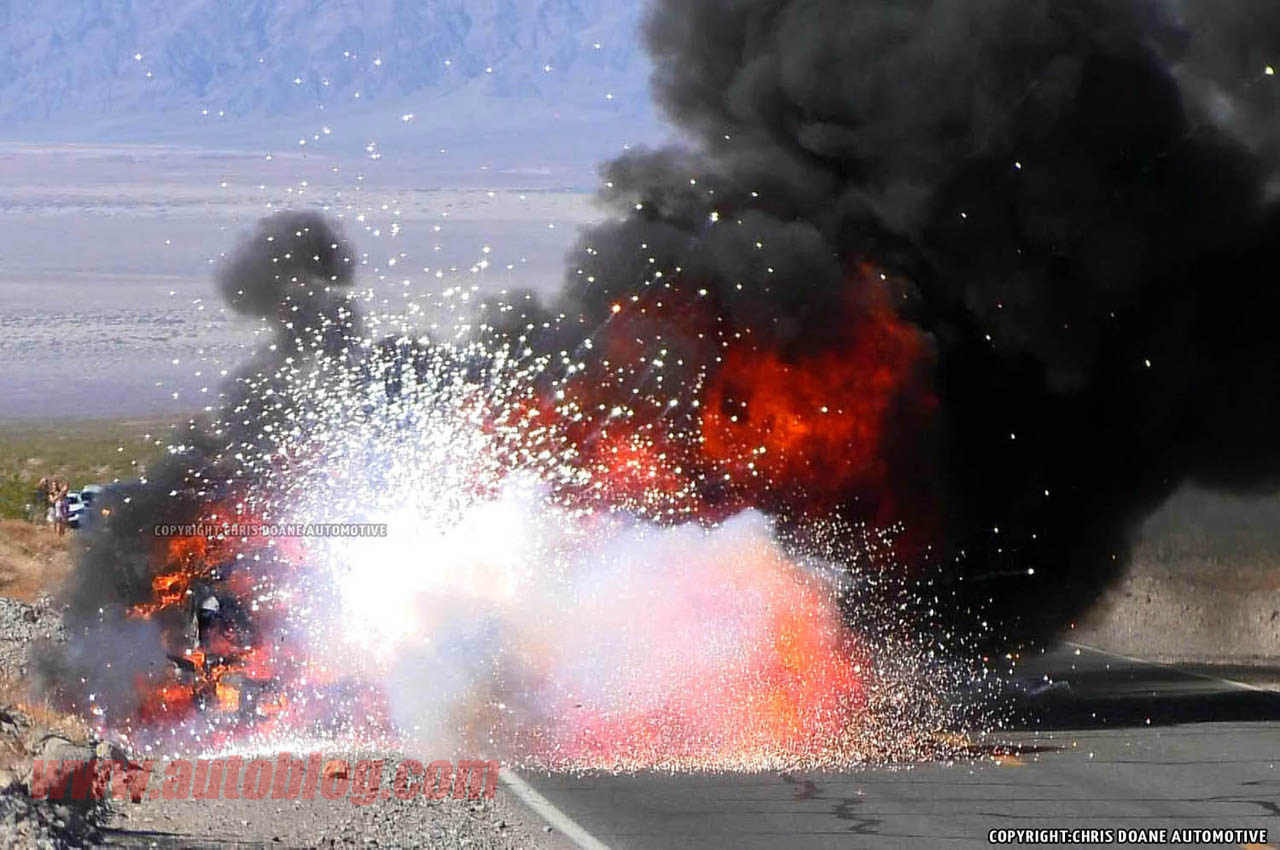 The most important bit of information you need to know after looking through the high-res Ford Truck Explodes gallery of images depicting a prototype 2016 Ford F-Series Super Duty pickup truck burning to the ground is that nobody was hurt. There were two engineers inside the vehicle when it caught fire, and both ford engineers exited to safety.That’s the good news. The bad news is that the Ford truck explodes in Death Valle. The new Ford truck appears to be a total loss, minus, of course, whatever information Ford can glean from the conflagration. Particularly tracing it back to its root cause. Besides that, we’re also expecting the body of the next Super Duty to be hewn from aluminum, as is the case with its smaller brother, the brand-new F-150. Note the little aluminum droppings littering the roadway as apparent proof of that.The spy photographers report that it took just 21 minutes for the ford to burn completely to the ground after the Ford Truck explodes in the dessert. The fire appears to have started in the driver-side front wheel well, spreading to engulf the entire front end in three minutes. We can’t confirm the source of the blaze, but we’re curious if the car’s black vinyl cladding, meant to obscure the secrets within, contributed to the fire.Check out the complete gallery of images to see how a fully working prototype can be reduced to a smoldering mess of aluminum and steel in just 21 minutes flat. We’ll let you know if Ford can shed any light on the cause of the fire as soon as we hear back.


The Ford Truck Explodes in pictures below.

Ford has issued the following statement: “While testing an experimental vehicle in Death Valley, there was a fire. We are investigating.” That much is clear, and we’ll keep you informed of any new information we get.