Tony Stewart Will Not Race Michigan

Tony Stewart will not race the No. 14 Chevrolet 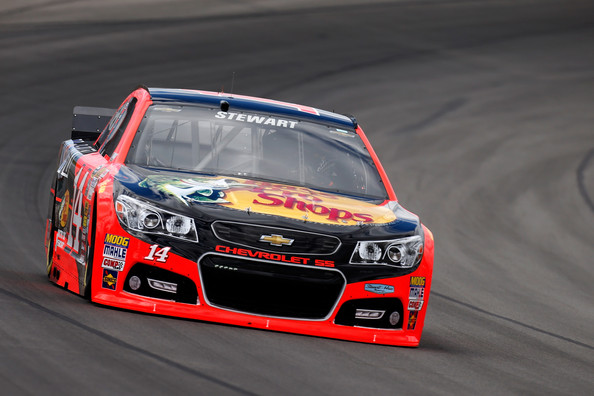 Tony Stewart will not race this weekend in the Sprint Cup Series at Michigan International Speedway. Instead, Jeff Burton will drive the No. 14 Chevrolet for Stewart-Haas Racing at the 2-mile track.

According to a team release, the driver change only pertains to the Michigan race. Stewart’s plans for the upcoming Sprint Cup Series schedule have yet to be determined. Stewart did not race last Sunday at Watkins Glen as Nationwide Series regular  Regan Smithpiloted the No. 14 Chevrolet to a 37th-place finish. Stewart was on the initial entry list for Michigan that was released on Monday.

Stewart was involved in a sprint car racing incident on Saturday night that resulted in driver Kevin Ward Jr. suffering fatal injuries at Canandaigua Motorsports Park, a half-mile dirt track on the Ontario County Fairgrounds. The investigation regarding the incident is ongoing.

Earlier this week, Stewart canceled plans to race at Plymouth Speedway (in Indiana) this weekend. In fact, Stewart’s racing plans outside NASCAR have been canceled and will not resume until further notice.

Burton, a 21-time winner in the sport’s premier series, has made only two starts this season in a part-time role for Michael Waltrip Racing. He finished 17th at Las Vegas in March and 20th at New Hampshire in July as he transitions to the broadcast booth next season for NBC.

In 40 career starts at Michigan, Burton has four top-fives, 11 top-10s and two poles. Last season, Burton finished 10th and eighth, respectively, in the two races at the venue.

After sitting out last week’s race, Stewart is 21st in points. To be eligible for this year’s Chase for the NASCAR Sprint Cup, a driver must attempt to qualify for all 26 races leading up to the Chase and be in the top 30 in points.

However, according to NASCAR, for rare instances the requirement can be waived as long as the driver is in the top 30.

Stewart currently has 537 points while 30th-place Michael Annett has 360.