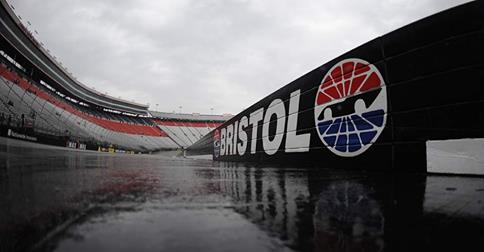 Bristol Truck Results 2014 led by Brad Keselowski picking up his first NASCAR Truck Series win. The NASCAR Racing Series is busy at The Last Great Colosseum this weekend. Bristol Motor Speedway with a full list of also known as names including but not limited to the world’s fastest half mile.

Kyle Busch has won 16 races at Bristol across all 3 top levels of NASCAR. He took the pole position in Wednesday qualifying. He jumped out to an early lead.

Brad Keselowski meanwhile has never won a NASCAR Truck Series race. It was mentioned in just about every interview with the NASCAR Cup Series driver so far this weekend. Early he battled with Kyle Busch and eventually took the lead. They remained bumper to bumper, high and low for the majority of the race.

24 laps laps to go Kyle Busch cuts a tire. He slid into the wall, went to the pits under green flag conditions and came out several laps down to the leaders.

3 laps to go, Brad Keselowski caught some lap traffic. Bubba Wallace Jr inched right up the rear bumper with a chance to steal the win. However, Brad Keselowski would hold on and pick up his first win in the Camping World Truck Series and he did it at Bristol Motor Speedway.

He becomes the 25th driver to win in all 3 of the top 3 NASCAR Series.

Kyle Larson rarely involved in NASCAR confrontations; They aren’t for him