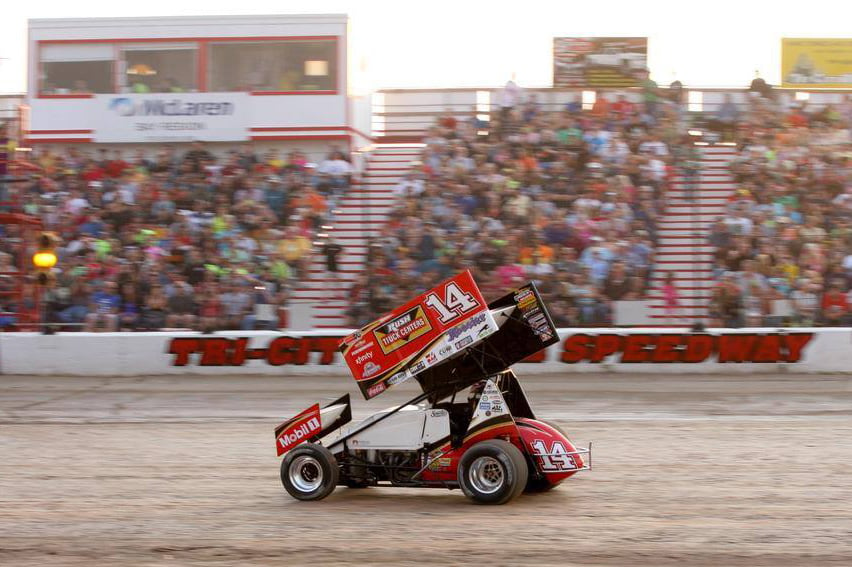 Tony Stewart interview on sprint car racing. The NASCAR Sprint Cup driver says he may never return to sprint car racing. Read the comments below from the first interview since the grand jury case completed. He briefly spoke on the incident that took the life of Kevin Ward Jr. He was advised by lawyers not to say much but he did say “It was 100% an accident”

Scroll below to read the Tony Stewart interview on his future in sprint car racing.

The family of Kevin Ward Jr has stated they intend to take civil action against Tony Stewart. So, the grand jury criminal case he been closed. However, Stewart is still not completely out of the court room.

Most would argue that a civil case against Toy Stewart would be an uphill battle, myself included. Marijuana was detected in the Kevin Ward Jr autopsy and that the levels were enough to “impair” Ward’s judgment says the D.A. However, just because the criminal case is closed it’s not a lock that a civil case will be lost as well.

Follow the links directly below to catch up on the Tony Stewart incident with Kevin Ward Jr.

“I would say it’s going to be a long time before you ever see me in a sprint car again, if ever. I don’t have any desire at this moment to get back in a car.

“If I had the option to go right now to a race, I wouldn’t. I don’t even know when I’ll go to a sprint car race again to watch. I can promise you it’s going to be a long time before you ever see me back in one.”

“It’s hurt for 16 months to sit and be scrutinized for (leaving sprint car racing),” Stewart said, “and to try to give back to a sport that you love, and every time you turn around, you’ve got to constantly defend yourself for doing something and trying to support something that you believe in and care about.”

“I respect everything the District Attorney and Sheriff’s Office did to thoroughly investigate this tragic accident. While the process was long and emotionally difficult, it allowed for all the facts of the accident to be identified and known.”

“While much of the attention has been on me, it’s important to remember a young man lost his life. Kevin Ward Jr.’s family and friends will always be in my thoughts and prayers.”

In the interview Tony Stewart was advised not to speak on the actual incident. Basically all he said about that was “It was 100 percent an accident.” he continued, “It keeps me from moving forward. It just stays there, hanging over my head.”

Stewart was asked about what he would say if given the opportunity to meet with Ward’s family at some point:

“I would hope they understand — maybe they do, maybe they don’t, maybe they never will — that I do care. I’ve tried to be respectful of their process of grieving and not push myself on them. I’m sure they have things that they want to know what happened and I think it’s important for them at some point to hear it from my point.”