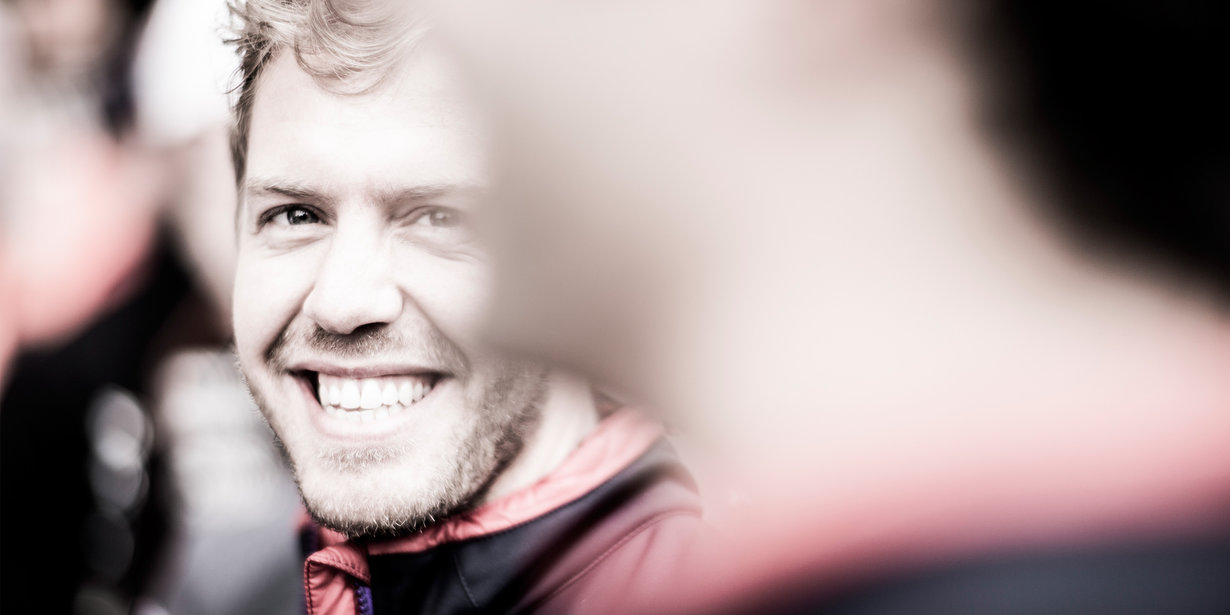 While it’s not official a Ferrari drive is likely where Sebastian Vettel will land. By not official, we simply describe that Scuderia Ferrari has not made an announcement.

As far as we can tell, you can expect an announcement very soon. As you will see below Vettel himself says an announcement is on the way. Red Bull Racing also believes he will be going to Ferrari if you read between the lines in the Christian Horner interview below.

Well he won’t be driving for Caterham

The next headline will likely read ‘ Sebastian Vettel Leaving Red Bull Racing For Ferrari ‘ it’s only a matter of time.

After 15 very enjoyable and successful years with Red Bull, I have decided to leave Red Bull at the end of this year.

Of course it is a big step and hard to make such a decision. The chance to drive in F1, the first win with Scuderia Toro Rosso, the four Championship wins with Infiniti Red Bull Racing and many other great memories have bound Red Bull and myself together into a kind of family. No one can take these times away from us.

Now I have decided to take the next step in my career but first I would like to express once again big thanks to Dietrich Mateschitz, Dr Helmut Marko, Christian Horner, the whole Red Bull Family, Infiniti Red Bull Racing and Scuderia Toro Rosso. I would like to thank everybody within Red Bull for their confidence in me, trust and great support over the last years.

About my future plans, there will be an announcement very soon.

It’s one of those things; we have to look back and reflect on the great times we’ve had together, eight World Championships, four Drivers’ titles, four Constructors’ titles, 38 Grand Prix victories – it’s been one hell of a journey. He joined us as a young man and now he’s matured and he’s decided it’s time to move on, it’s his decision, we’re not going to hold him back and it’s an exciting time for us. We’ve invested in youth, we’ve invested in Sebastian and in Daniel and its yielded fantastic results. We’re excited about what the future holds and the young, exciting talent of Daniil Kvyat. It’s been a busy evening.

On When Sebastian told the team…
Sebastian informed us of his decision last night. It was emotional, but we can look back fondly.

On whether it was a surprise…
I know him well on and off track and you can see he’s had a lot on his mind recently; inevitably you don’t take a decision like this lightly, but it was last night that he sat down with us and told us for the first time. All I can do is wish him the very, very best for the future. He’ll still be close to our hearts here at Infiniti Red Bull Racing, but as of 1 January he’ll be a competitor.

On what this means for the Team…
It’s the end of a cycle of course, but inevitably this was always going to happen at some point. It’s also the start of a new cycle, Daniel is doing a great job this year and has got three wins already – he shows the new strength we have coming through and we’re excited about the prospect of Kvyat lining up with him. They’re the next generation.

On Sebastian’s reasons…
I think he reached a stage in his career where he fancied a new challenge, so that’s his prerogative and like in any relationship, if someone’s heart is not in it, then it’s time to move on.

On the reasons for signing Kvyat so quickly…
It’s been our philosophy for several years now to back youth and grow our own talent and that’s what we did with Sebastian Vettel. There were question marks when we signed him for 2009 and there were question marks when we signed Daniel for this year – and both have more than proven themselves. Daniil’s an exciting talent and prospect and it’s an exciting new dawn for Infiniti Red Bull Racing.