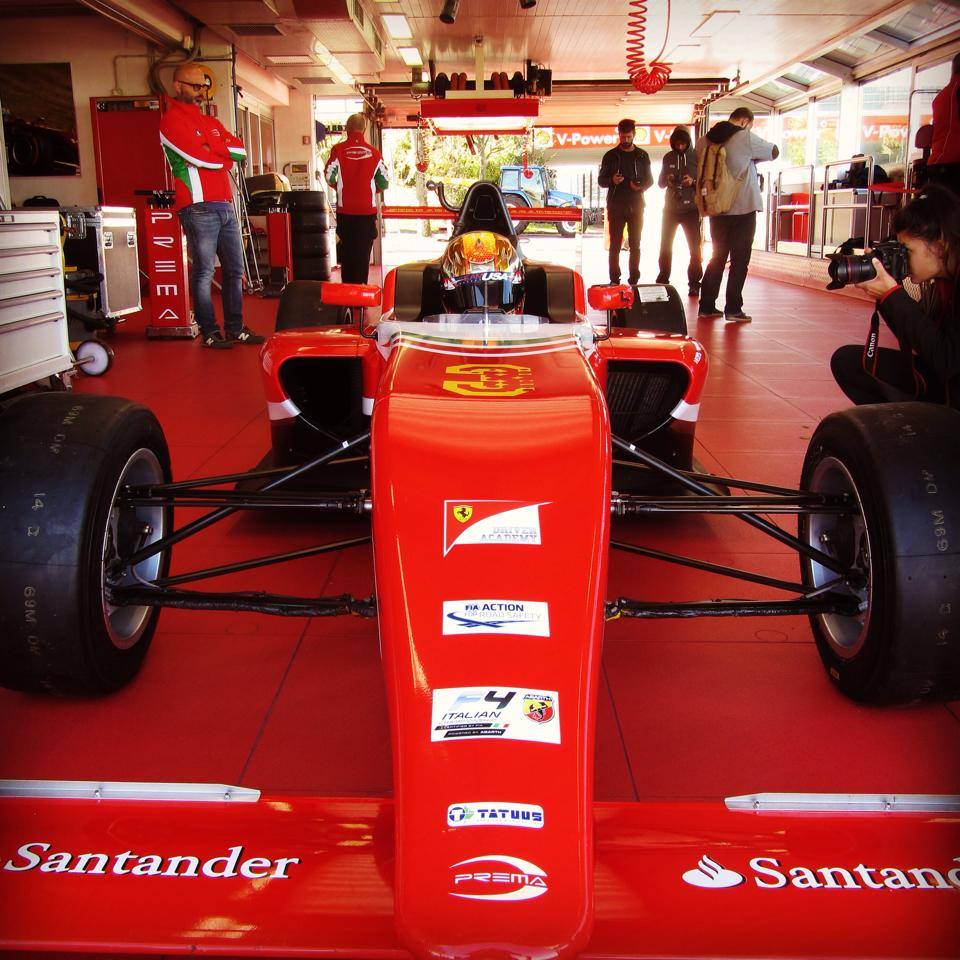 Jake Craig was selected as a member of the 2014 Ferrari Driver Academy and a prized opportunity for the racing driver. The California driver visited the Ferrari Factory in Maranello to enter the Fiorano Circuit a private racing circuit.

The world of motorsports is unlike anything else in sports, business, or life for that matter. Racing, from Formula 1 to karting, is filled with thousands of great drivers, but rarely does one stand out above the rest. Likewise, there are numerous great avenues for racers to pursue to try to develop a motorsports career, but there are very few once in a lifetime opportunities. When the 17 year old Californian Jake Craig received the news he was being selected as a member of the 2014 Ferrari Driver Academy, it was the perfect marriage of an exceptional talent meeting one of the most prized opportunities in all of motorsports. Craig, a Mission Viejo resident, was one of four racers from around the world handpicked by Ferrari and Santander to travel to Maranello, Italy to participate in the prestigious Ferrari Driver Academy. Having an incredibly successful karting season that has seen him already capture titles in national and international competition and with still more to be claimed, Craig traveled to the Ferrari factory to showcase his abilities at the Ferrari Driver Academy to some of the best personnel in the world of motorsports.

Landing in Milan, Italy, Jake Craig would head to the world renowned Maranello to get a taste of the Ferrari factory before participating in three days of intense training. The Ferrari Driver Academy is more than just testing in a Prema Motorsports prepared Formula 4 racecar, it’s a program based on a variety of different platforms for participants to impress as complete racing drivers. Excelling in the physical and mental portions of the program, Craig really impressed in Day 2 of the academy when the drivers each had an opportunity to drive on Ferrari’s state of the art simulator. Running the quickest laps of all the Ferrari Driver Academy participants, Craig was able to turn times within a couple of tenths of a second of Ferrari test driver and longtime Formula 1 veteran, Pedro De La Rosa. Working directly with the head engineer for the Ferrari Formula 1 team, Craig prepared himself as much as possible for his first ever laps in a race car.

The final day would see the competitors take to the Fiorano Circuit, the Ferrari private test track. With only four sessions scheduled for the day, Craig would look to gain as much experience as possible and take large steps forward with each outing on track. Over the four sessions, the southern Californian formula car newcomer would improve over four seconds and find himself running very competitive lap times, including quicker than some of his competitors who spent the entire season in a race car. Receiving the best instruction a young driver could ask for, Craig completed his stint in the Ferrari Driver Academy impressing all who were involved and with an experience that will be crucial to his career development.

“This has been by far the highlight of my racing career to this point in my life!” Jake described at the completion of the academy. “To work directly with Ferrari in Maranello is something that very few people can say they experienced, and I am very grateful to be part of that rare group. I can’t thank Eric Jenson, Jose and Pablo from Santander, Luca Baldisserri, all the staff and mechanics from Ferrari and Prema Racing, and Puma for the opportunity and support.”

Jake Craig is a 17 year old karting superstar from Mission Viejo, California. Craig’s karting career has been littered with numerous championships and high profile victories. This year, Craig captured the Rotax Senior national title and will represent Team USA in the Rotax Grand Finals. In addition, Craig won the Can-AM Prokart Challenge in Rotax Senior for the second consecutive season and is currently leading the SKUSA Pro Tour standings in TAG Senior. Jake is currently seeking partners for his 2015 racing season which will include a continued national karting schedule with goals of international karting events and progression in his formula car career as well. For more information on Jake visit www.jcraigracing.com and become a fan on Facebook: Jake Craig Racing and Instagram: @jakecraig_official.