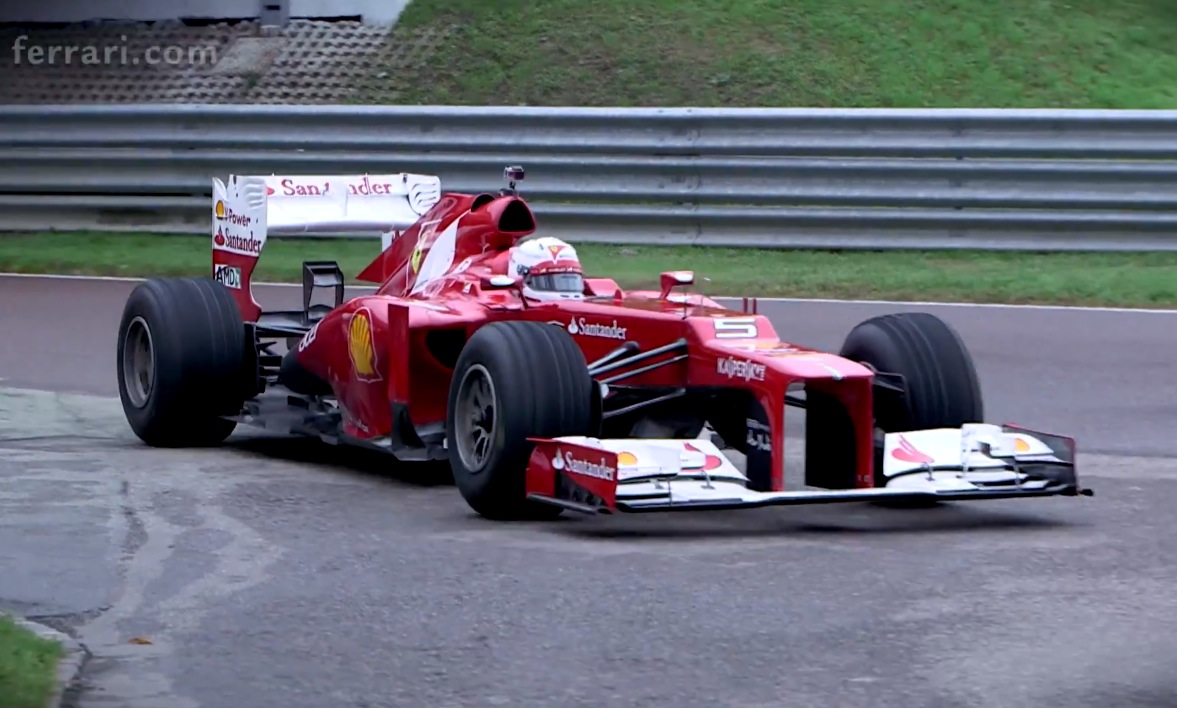 Watch the video of Sebastian Vettel driving Ferrari F1 car for the first time below.

Maranello – This was the first weekend as a Scuderia Ferrari driver for Sebastian Vettel, who has been at Maranello from Saturday until today and has begun his work ahead of the new season. This morning the German driver took part in a meeting with Chairman Sergio Marchionne and the Sporting Department’s new Managing Director and Team Principal Maurizio Arrivabene, with whom there was agreement about the work that lies ahead for the team in the short and medium term. Sebastian also met various engineers, among them James Allison with whom he analysed the data gathered on Saturday and Sunday and put together a proper working timetable aimed at bringing Ferrari back up to the required level of performance.

Car and simulator. Saturday and Sunday were two days of intense work, in which Vettel dedicated himself to the track and the simulator. Sebastian lapped the Fiorano circuit in an F2012, completing almost 100 laps to build up confidence with the team and his new seat. Sunday was entirely taken up with simulator work, where Vettel put in some long sessions of driving on the “virtual” F14 T, gaining confidence with its procedures, commands and the power unit’s systems.

Unique experience. “Obviously it’s been a fantastic day to come here,” Vettel told www.ferrari.com. “I remember I’ve been here a long time ago as a little child, driving through Maranello and trying to look over the fence, so to be here officially as part of the team felt fantastic. The possibility to drive the car and get to know the team was a unique experience. Obviously it’s a very different color for me, everybody is dressed in red, everything is red, but it’s really something special and I’m very much looking forward to the challenge that we took on for the next years.”

Sebastian continued: “Obviously, its already winter time so it was quite cold doing some laps but it was a great feeling, it is always enjoyable to be in the car and, again, looking back to the years when I was 11 or 12, trying to look over the fence and trying to see a glimpse of Michael running on the track, well, today I was the one running and saw the tifosi around. You know there are a lot of fairytales about Ferrari and how it feels to drive a red car and in the end I can only confirm these fairytales, it’s not just a story, it’s a true legend that exists and it feels really, really special to become part of that and to be inside the car, to see the people coming, running to the track and trying to climb the walls to see the car, so there is definitely something very magic and something that happened today which I will never forget.”

In this video, see some highlights of Sebastian Vettel’s first day as a Ferrari driver.