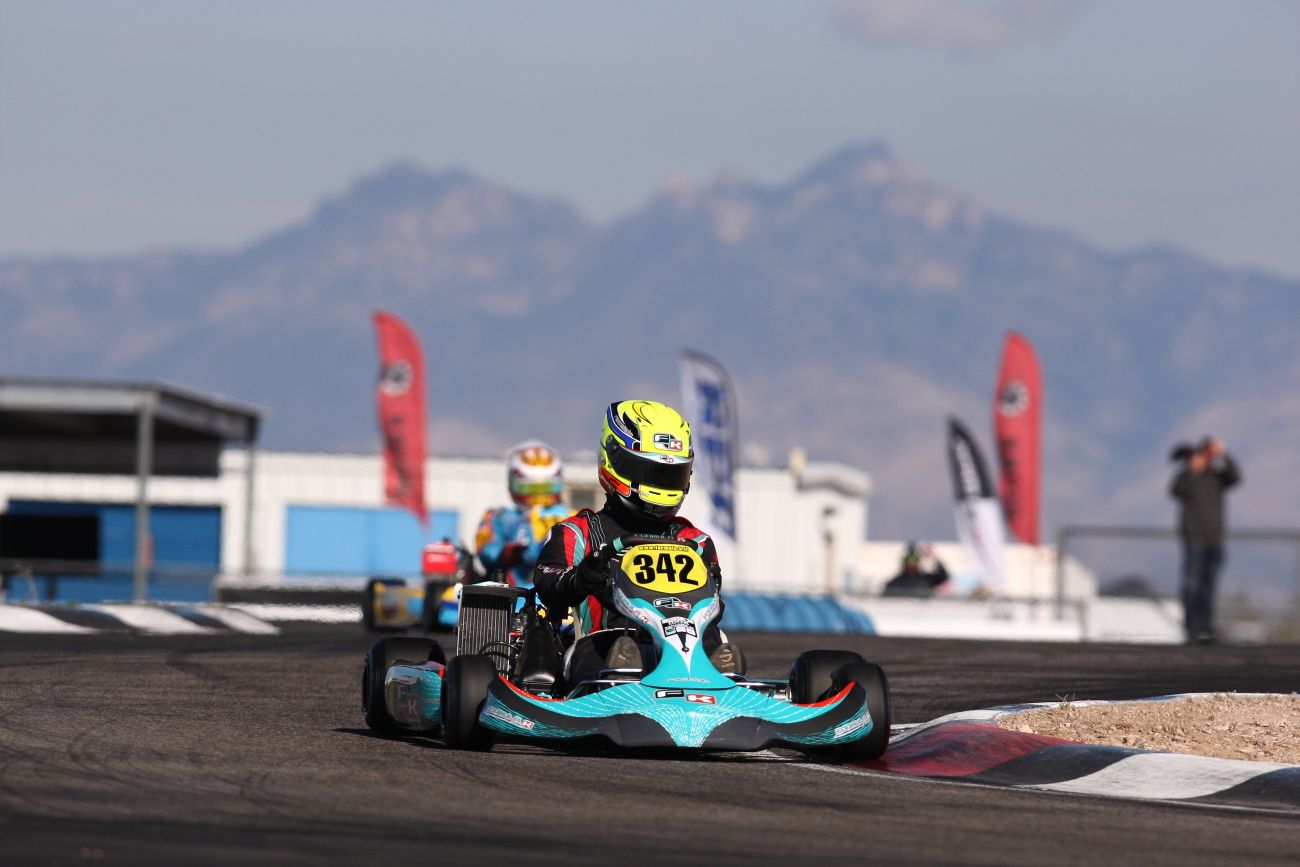 Jake Craig is an American kart racing driver from the state of California. Jake Craig was crowned the SKUSA Pro Tour series champion in 2o14. He picked up two wins and four top 5 finishes in route to claiming the TaG Senior championship. He also took the Rotax Can-Am Series as well as the US Rotax National championship in 2014 as well.

In November 2014, Jake Craig was invited to the Ferrari Driver Academy. The California driver excelled at the Ferrari Factory in Maranello entering the Fiorano Circuit, a private racing circuit. “This has been by far the highlight of my racing career to this point in my life!” Jake described at the completion of the Ferrari driver academy.

Jake Craig Racing is excited to debut their new American karting driver website to the motorsports community. Please log on at http://www.JCraigRacing.com to browse the new website.

Despite a year full of championships, the American karting driver’s biggest accomplishment might be sitting atop the EKartingNews Driver Rankings at year’s end. The solid 2014 season placed Jake Craig 1st overall in the EKartingNews Driver Rankings while competing in the TaG division. These point standings are a way of ranking all the national and regional talent across multiple karting series on a single points sheet. Jake Craig was placed 1st out of 368 total karting drivers within his division.

Jake Craig recently kicked off the 2015 karting season piloting a new Formula K chassis. He unloaded with the new team and claimed a runner-up debut at the Musselman Honda Circuit in the Rotax Challenge of the America’s event. The remainder of the season will have a similar focus to the previous kart racing season, chase series championships.

Previously, Craig was crowned the 2011 SKUSA Pro Tour champion, the young driver has been placing his footprint on the karting industry for several years now.

The 2014 Pro Tour Series champion now looks ahead to 2015 where new challenges lay ahead. He will run with the Formula K racelab team at events across the United States in search of victories.

American karting driver Jake Craig would like to thank all of their sponsors for their help in placing the team on the national karting scene. These include; Formula K, racelab, Complete Trailers and Tru Tech Racing Engines.

Jake Craig is in constant pursuit of new advertising partners. If you are interested in becoming involved with the kart racing team please contact them via the team website for more information. Various sponsorship packages are available to fit any budget! They would be happy to explain in detail how motorsports marketing can benefit your business.

Stay tuned to the teams social media page and American karting driver website throughout the year to receive up to the minute updates. The new team website will be updated regularly with event changes and race results. Be sure to visit the photo albums as well for any race fans entertainment purposes.

About Jake Craig
Jake Craig is a kart racing driver from California. Previously, Craig was crowned SKUSA Pro Tour champion, the young driver has been placing his footprint on the karting industry for several years now.

About Walters Web Design
Founded in 2004, Walters Web Design specializes in automotive website development and graphic design. We use advertising and social marketing to help facilitate visitors and potential customers to all our client websites. “We take pride in all of our customer websites and we want each design to be better than our last. We feel this is what has put us above all the rest in our industry.” Walters Web Design is pleased to supply the Jake Craig American karting driver website link for the second year and we look forward to working with them far into the future.