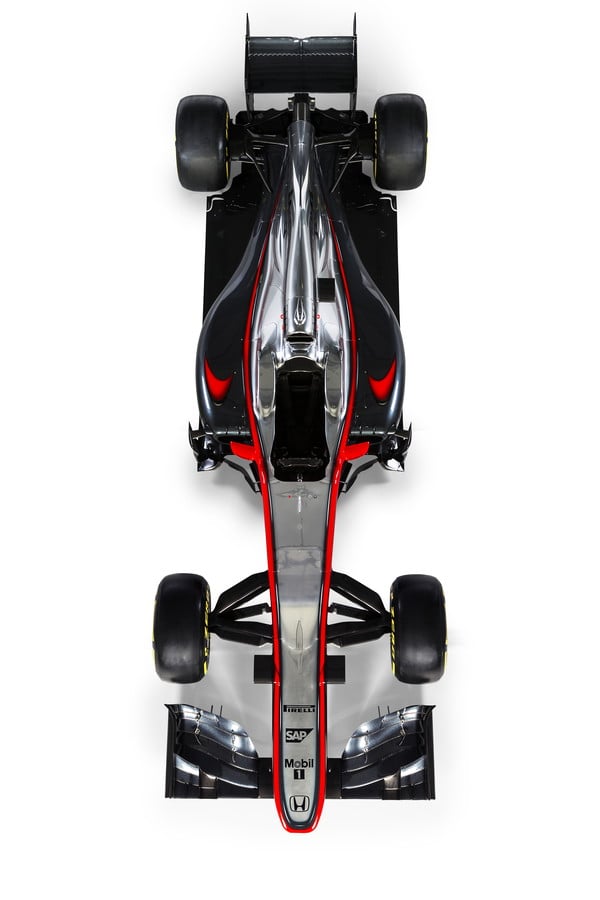 This is the launch of the McLaren Honda 2015 Car MP4-30 as you can see below. The first era of McLaren Honda inspired a generation. Join us at the dawn of our new era, when McLaren-Honda returns to the track with the MP4-30, the car in which Fernando Alonso and Jenson Button will contest the 2015 FIA Formula 1 World Championship.

McLaren-Honda – the name evokes stirring memories of the past; of Ayrton Senna battling Alain Prost for supremacy; of classic red and white machines dominating for season upon season; of an iconic team writing one of the defining chapters in the motor racing history books.

Reuniting such an illustrious partnership brings with it the heavy weight of expectation, but all at McLaren and Honda are working to write a fresh chapter in Formula 1, one that respectfully nods to the past, but boldly looks to the horizon.

Today’s reveal of the new McLaren Honda 2015 Car MP4-30 – McLaren’s first Honda-powered car for 23 years – speaks volumes about the progressive nature of both companies. It is a thoroughly refined evolution of last year’s McLaren, it is the only chassis on the grid to be fitted with Honda’s RA615H Hybrid power unit, and it features an evolved colour scheme that firmly contextualises McLaren’s brand in the 21st century.

In 2015 McLaren-Honda intends to maintain the momentum it achieved during the second half of 2014, when an intensive technical development programme for the MP4-29 allowed the team to establish a solid position within the chasing pack.

Relatively stable technical regulations between seasons have permitted our engineers to evolve some of the newer philosophies explored on last year’s season-ending car while also adding some exciting new technical DNA into the mix.

Moreover, our restructured and strengthened engineering departments have gained the conviction to embark on a number of changes of direction. With that in mind, the MP4-30 has been developed to provide us with the most effective and practical base package. It is a foundation – offering up a number of new exploratory development paths for our engineers, aerodynamicists and drivers to pursue during the season, and on into next year.

The car has been aerodynamically refined over the winter, and the result is a pretty, elegant car with a refined nose-box solution, slimmed rear-end packaging – particularly around the gearbox – and the incorporation of an all-new power unit under its tightly contoured bodywork.

The partnership with Honda is particularly exciting: to achieve success within the technical regulations requires a bespoke engineering solution that can be achieved only in collaboration with a works partner. Honda will provide the know-how, the expertise and the muscle to make rapid progress – and to keep pushing development, on all fronts, during the season. The partnership will be a work in progress, but it will only strengthen over time.

Achieving our ambitious targets will not happen immediately – winning in Formula 1 is a lengthy, iterative process, and one that will gather collective momentum from season to season – but, with the MP4-30 as a base, McLaren and Honda feel they are ready to make quick and efficient progress towards a successful future.

Partners new and old – a formula for success

The team’s preparations of the McLaren Honda 2015 Car MP4-30 have drawn upon the considerable resources of ExxonMobil, who have been working with our new colleagues at Honda for two years on developing new technologies and formulations of Mobil 1 engine lubricants for the Honda V6 turbo. In turn, the team’s technology partner, SAP, provides its secure HANA Enterprise Cloud solution which underpins the entire McLaren Group, strengthening and simplifying the way the team runs its data management and modelling.

There are significant milestones to commemorate in 2015: this year marks McLaren’s 30thconsecutive year of partnership with TAG Heuer, while both Johnnie Walker and Hilton Worldwide are celebrating 10 years with the team. Such long-standing relationships underline McLaren’s ability to support and enhance any blue-chip brand’s global marketing programme.

Joining us for 2015 are international news broadcaster CNN and professional services company KPMG, which have both formed important strategic alliances with the McLaren Technology Group. McLaren-Honda is also pleased to welcome back the global coffee brand Segafredo Zanetti, which first partnered the team during the original McLaren-Honda era.