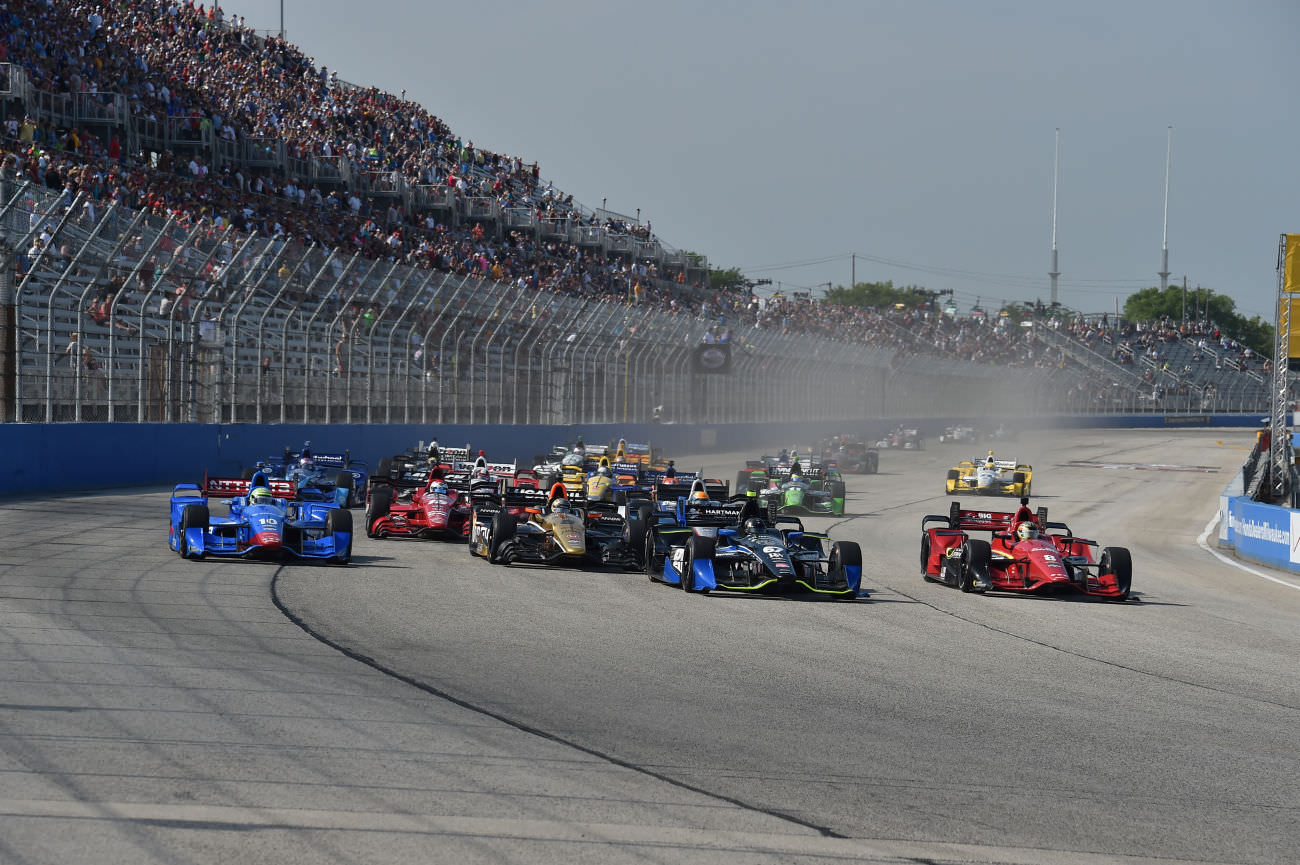 For the second consecutive event, IndyCar viewers on an NBCSN telecast of a Verizon IndyCar Series race showed a significant viewership gain over the 2014 race.

NBCSN’s July 12 telecast of the ABC Supply Co. Inc. Wisconsin 250 at Milwaukee IndyFest marked the network’s most-watched Verizon IndyCar Series race since Sept. 4, 2011, at Baltimore, with an average viewership of 532,000. That is up 66 percent over the 2014 race at The Milwaukee Mile. On June 27, the MAVTV 500 recorded more than an 80 percent gain over the 2014 race at Auto Club Speedway.

Average viewership and ratings for all Verizon IndyCar Series telecasts this season is up over 2014, which showed a 25 percent gain over the previous year.

NBCSN telecasts the Iowa Corn 300 live from Iowa Speedway at 8 p.m. ET July 18 as the Verizon IndyCar Series championship remains up for grabs. The network also will telecast races Aug. 2 at Mid-Ohio Sports Car Course and Aug. 23 at Pocono Raceway leading into the finale Aug. 30 at Sonoma Raceway.

The Verizon IndyCar Series championship has been decided in the final race for the past nine years, and the GoPro Grand Prix of Sonoma carries double points just to make it more interesting for contenders. There have been eight different winners in the 12 races this season.