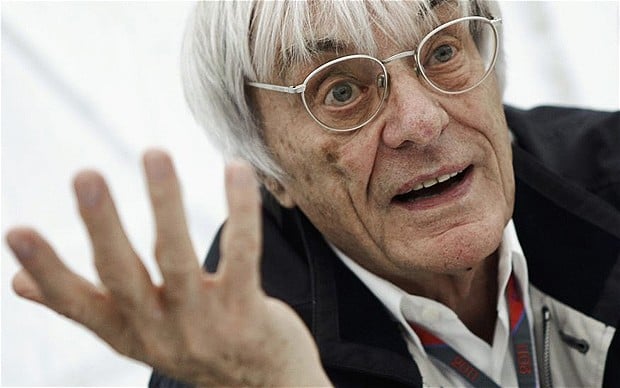 F1 for sale as investors look to cash in on their high priced investment. CVC Capital Partners has been under pressure to sell their stake in the Formula 1 Group. They have already extended their sell-off date multiple times.

Qatari Sports Investments along side US financial group RSE Ventures which is by Stephen Ross. The duo has shown a special interest in buying 35.5 percent of the Formula 1 Group from CVC Capital Partners, the current major shareholder.

F1 Boss Bernie Ecclestone spoke by telephone on Tuesday to the Camp Beckenbauer sports business forum. He was asked about interest from Qatari Sports Investments and spoke on the near future sale of F1.

“Our shareholders at the moment are in such a position at the moment where they have to lose some of their shares, or all of them, shortly,” said Ecclestone. “That’s the way things are set up for them.

There has been a lot of interest. I would say there are three at the moment parties that… I’d be surprised if one of them doesn’t buy it shortly.

Pressed on the likely time frame, he added: “This year.”

Ecclestone has disclosed in previous interviews that CVC was under pressure to sell and cash in for investors of the sport. He explained a bit on the reason for the needed sale.

“It’s like all hedge funds,” he told Motorsport.com in July. “They invest people’s money for a certain period. It doesn’t matter how good they do, they have to give it back.”

“Maybe they re-invest again, maybe they don’t, I don’t know. They’re past their sell-off date. They have extended it a couple of times.”