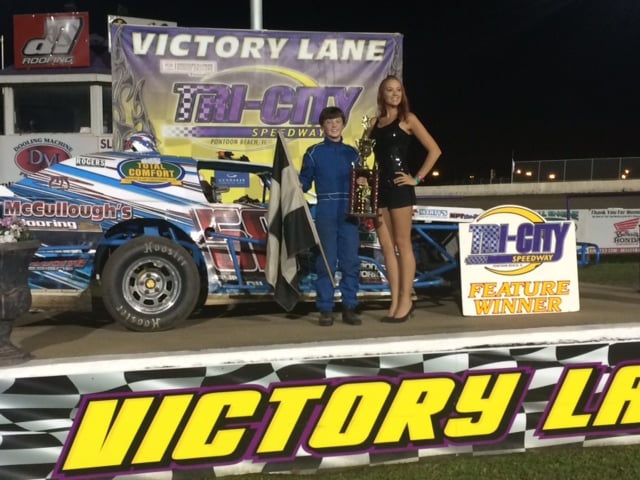 Ryan Hamilton of Fairview Heights, IL has been crowned the 2015 KidModz Racing Series Champion. The twelve year-old Hamilton racked up 6 Heat Race and 6 Feature wins out of the 10 race season.

Ryan Hamilton becomes the first repeat series champion since its inception in 2008.  In 2015, the series returned to their home track, Highland Speedway for four events, Fayette County Speedway, Belle Clair Speedway, Tri City Speedway and Fairbury American Legion Speedway for one event at each venue.

The Dirt Modified Kidmodz series added two new stops this season by visiting LaSalle Speedway and Macon Speedway. The competition level continues to increase amongst the drivers as this year we had four different feature winners and had a total of nine drivers that raced with us in the series.

Congrats to Hamilton on the title and thanks to all the kids who raced in the series this season.  We are looking forward to another amazing season next year!