Alexander Rossi Interviewed by COTA Ahead of US F1 Event 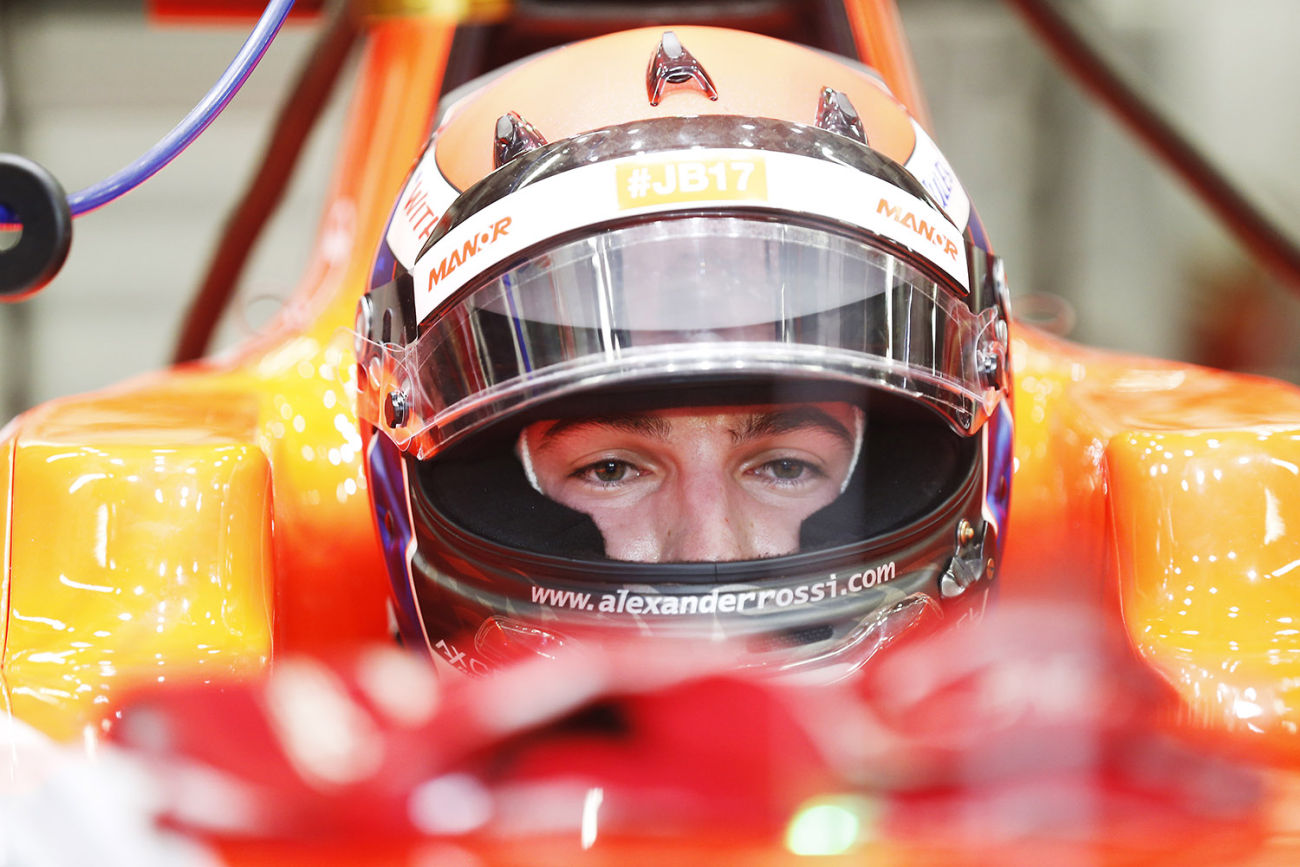 For the first time since 2007, an American driver is racing an F1 car. Twenty-four year old Alexander Rossi has two starts under his belt now and come October 25th, a guy from California will be starting in the United States Grand Prix in Texas. Does it get any more ‘Merican than that?!

In celebration of the star spangled resurgence of American F1, we prodded Alexander for some insight into COTA, F1 and its future in the U.S. Here’s what he had to say:

There is a lot of anticipation in the U.S. with you finally getting some starts in the Manor Marussia F1 Team. U.S. fans are especially excited for your drive in Austin. What role do you see yourself playing in “American F1” and do you feel pressure?

Alexander Rossi: I’m pretty excited about COTA! To represent my country at our home Grand Prix is an honor, privilege and a responsibility that I do not take lightly. COTA is one of my favourite circuits as it has the perfect mix of many great European circuits. Before now, I’ve only tested at COTA, so I’m really looking forward to my first time racing on it. There isn’t really any extra pressure than at any other round. You learn to deal with pressure and compartmentalize it as part of being a racing driver. It’s not a distraction for me — since go-karts, every race I take part in is a pressure cooker, but that’s what we do as drivers. We’re used to this and I’m very clear on what my role is and what is reasonably achievable at this stage of my career, so that mitigates the pressure.

Simply put, I’m extremely proud to be an American racing in F1 and hopefully giving the U.S. fans more to engage with, within F1 and the sport itself. My real focus is doing my job, improving and learning each day, while racing at the pinnacle of motorsport, whether it’s Austin, or Singapore.

To many people, you are one of three variables in an exciting re-emergence of American F1, with the Austin race and the Haas team being the other two. Do you think that anything in particular has happened that has prompted this re-emergence or is it just fortunate coincidence?

AR: It’s not coincidence, that’s for sure. There’s numerous reasons why, but basically it’s because a lot of people involved in various aspects of F1 have worked incredibly hard to bring F1 back to the USA, to establish a new team and, on my side, to help me achieve my goal of racing in F1. It’s definitely exciting times for our sport in America, and to be part of that is incredible, but the only way anything like this works is because people have a vision, form a credible plan and then make it work through sheer effort.

AR: For sure having an infrastructure more along the lines of what you see in Europe would make it easier for future American talent to reach F1, but we haven’t been geared up for that system in the US because we have an incredibly healthy national motorsports scene of our own. If you want to race Nascar, there’s a clear path to the top and more seats available to race in than in F1, but the talent required to reach and stay at the top is the same. If you want to race sports cars, which I had the privilege to race at Le Mans in 2013, you have a similar structure in place in the US through IMSA. My goal has been F1 since age 10, hence the reason I moved to Europe at 18 after my first F1 test with BMW / Sauber. This is absolutely necessary as a young driver attempting to reach this level of motorsport.

HAAS has done something pretty special with his full commitment to F1 and America. That, coupled with the permanent F1 circuit here at COTA and my arrival finally in F1, the timing is right for a stepladder to be permanently built upon. Achieving that will take what it did to get the team, track and me into F1; the same vision, backing and hard work, but something I would be proud to be involved in and help plan and build.

You have had an intimate relationship with COTA. Can you give some insight into what it’s been like to watch the track and event become a reality and what your thoughts were on your initial visit?

AR: I’ve been to COTA several times, and saw the track in its very early stages, and have always been impressed at several levels. At one level, having the idea of building a world-class motorsport facility in Texas, and in Austin of all places, that took some major creativity and passion, so that’s always been seriously impressive. They took the best bits of several circuits and transplanted them to Austin, giving the drivers very quick sections, multiple lines through various corners, overtaking opportunities and elevation change — everything you want in a race car.

But they also made sure the fans would be able to see something incredible on track, and I’ve heard that the view around turns 12 and 13 is seriously good. If you’re at turn one you’re also going to have a pretty amazing view of the action, and around most of the track, but if I was in the stands, I’d want to see the cars through turns two to five. Through there the aero is really pushing hard on the cars, they’re flat out and changing direction fast — there’s no way you can understand what an F1 car can really do until you see it through a section like that.

What all cars have you driven on the COTA circuit and can you give any insight into what it was like in the different cars?

AR: I’ve driven various cars around COTA, from a Lotus 49, a Blue Monster ZR1 Corvette to a 2013 F1 car, but this will be my first taste of the modern generation power units in F1. The 49 was unbelievable, such a privilege to drive and to experience what racing was like in the 60s. It obviously was not as quick as a 21st century car, and had zero aero performance, but it’s a thing of beauty, holding a drift around the slower corners, letting it have its head as you get on the gas out of the apex was a lot of fun.
Then to the modern age of an All American 650 HP Supercar. The ZR1 Vette is a serious American beast around COTA. Some of my laps in the Vette were on a damp COTA which was an eye opener for my passenger, a journalist friend. He is still having nightmares!

Then there’s Renault V8 powered Caterham F1 which, while not the quickest car out there in those days, it’s still an F1 car with lots of downforce, tires that need to be managed to temperature, a huge rev range and everything else that goes into modern F1 cars.

In that you can feel the downforce working through the first sector out of turn one, its like an unseen hand pushing you into the asphalt the more you push. That’s what F1 drivers look for, but you’re also focused on doing the job the engineers have detailed for you, so even though you want to drop the fuel levels and bolt on options, in the F1 practice sessions I’ve done so far I haven’t had the chance to try that yet. That’s about to change though…

Can you give us some insight into your experiences in Austin… on track and off?

AR: I’m from Northern California and will always love home. It is a special place. Austin is also great, an incredibly warm and welcoming feeling here, Texas style. Everyone loves Austin when they visit! Part of my job is maintaining peak physical performance and one of the things I really like is how Austin is so focused on fitness. I’ve seen the number of people out running around Town Lake early on a Sunday morning, and the sheer number of yoga centers, gyms, running trails, the whole lot. For a town that has such an amazing food scene, it’s awesome to see that balanced with the love of fitness!

I’ve also always liked what COTA does downtown during F1 week. I’ve been lucky enough to be part of the FanFest experience every year since I first came here in 2012 and I think it’s really good that the circuit puts on such a good show for the fans both on and off track. They do a similar thing up in Montreal, and at a couple of other races that the teams all like going to, but the atmosphere in Austin is very special, and that’s down to the people as much as the place.

AR: I always stay at one of the downtown hotels, but I have a few friends who live in Austin away from downtown. One thing you miss when you’re traveling as much as we do in F1 is home life, and having the chance to hang out at friend’s homes is nice, particularly in the middle of the mad schedules.

Food-wise, I’ve eaten incredibly well in Austin over the years. When I retire I’ll come back here for the queso and tacos, but I’ve had amazing sushi at Uchi, great seafood at Perla’s and back in 2011, my first experience of Wild Bubba’s grill… the burgers there have to be tried, but maybe not when you’re about to race an F1 car.

Are you satisfied with the level Formula 1 interest in the US? Do you think more could be done to develop more interest and generate a larger fan base in the US?

AR: Collectively the whole sport can do more to maintain and raise the profile of F1 all over the world, including America. I’m sure there’s a bigger audience out there who will fall in love with the history, the excitement, the passion, everything that makes F1 so intoxicating, but that will come. As we said before, we now have an American F1 home track, a team and a race driver. Now the real work begins and we all need to stay focused and keep at it to help it grow.

What are your hopes for 2016? Personally and for F1 in America?

AR: It’s important that I’m racing full time in F1 for 2016. This is well underway and moving in the right direction. For the next few weeks my focus is doing a great job for the Manor Marussia F1 Team and Racing Engineering as both championships come to a close. I have complete faith in the team around me and our efforts leading into 2016, but through November I’m laser focused on the tasks at hand.

Interview by Chris Hull / Circuit of The Americas

Kyle Busch was interviewed after losing to Chase Elliott at Charlotte; He was censored (Video)

Filed Under: F1 Tagged With: Alexander Rossi Circuit of The Americas COTA F1